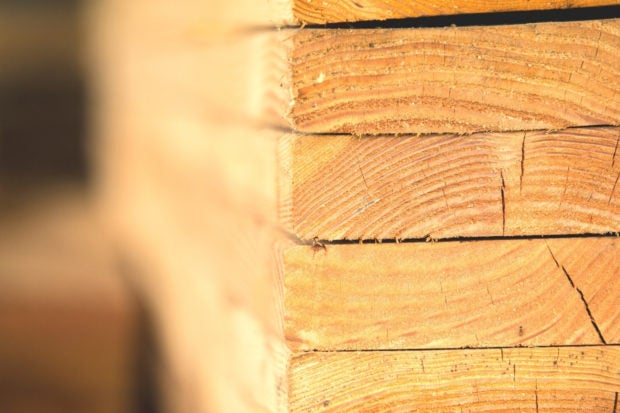 TACLOBAN CITY––Policemen in Northern Samar confiscated illegally sawn lumber and a motorized banca with a combined commercial value of over P916,000 during a seaborne operation early Friday.

The Northern Samar Police Provincial Office in Catarman town reported that San Isidro police office personnel were patrolling the waters of Barangay Palanit around 2:30 a.m. when they noticed an unmarked motorized sea craft loaded with 131 undocumented pieces of Lawaan lumber.

This prompted the police to scour the area to locate the owners of the lumber but could not find them, said Col. Arnel Apud, provincial police director.

Members of the 803rd Maneuver Company of the Regional Mobile Force Battalion joined the seaborne operation.

The seized items are under the temporary custody of the San Isidro police for administrative seizure proceedings by the Department of Environment and Natural Resources, Apud said.

He said charges for violating the Forestry Reform Code were being readied against the owners of the assorted forest products.

“We will strictly monitor illegal deliveries of undocumented lumber as part of our commitment to protect the environment,” Apud said.

Read Next
Agri producers tell Duterte: Relief from oil price spikes is in your hands
EDITORS' PICK
House energy committee chair Arroyo bats for cheap electricity
12.2M Filipino families felt ‘poor’ in Q2 of 2022 — SWS survey
DepEd seeks P16B addt’l funds for repair of schools damaged by Abra earthquake, typhoons
Beyond just beauty and aspiration: How Air Residences gives new meaning to luxury
Summit breakthrough – EJ Obiena is the first Filipino to win in the World Athletics Championship
As Duterte stepped down, more Filipinos tighten belts to make ends meet
MOST READ
US jet that flew Pelosi to Malaysia turns north to Philippines
2 kids stabbed to death by man fired by employer in Cagayan province
‘Maid in Malacañang’ offends Cebu nuns on eve of premiere
Giselle Sanchez slammed by Floy Quintos: ‘Art has nothing to do with your choice’
Don't miss out on the latest news and information.