Agri producers tell Duterte: Relief from oil price spikes is in your hands 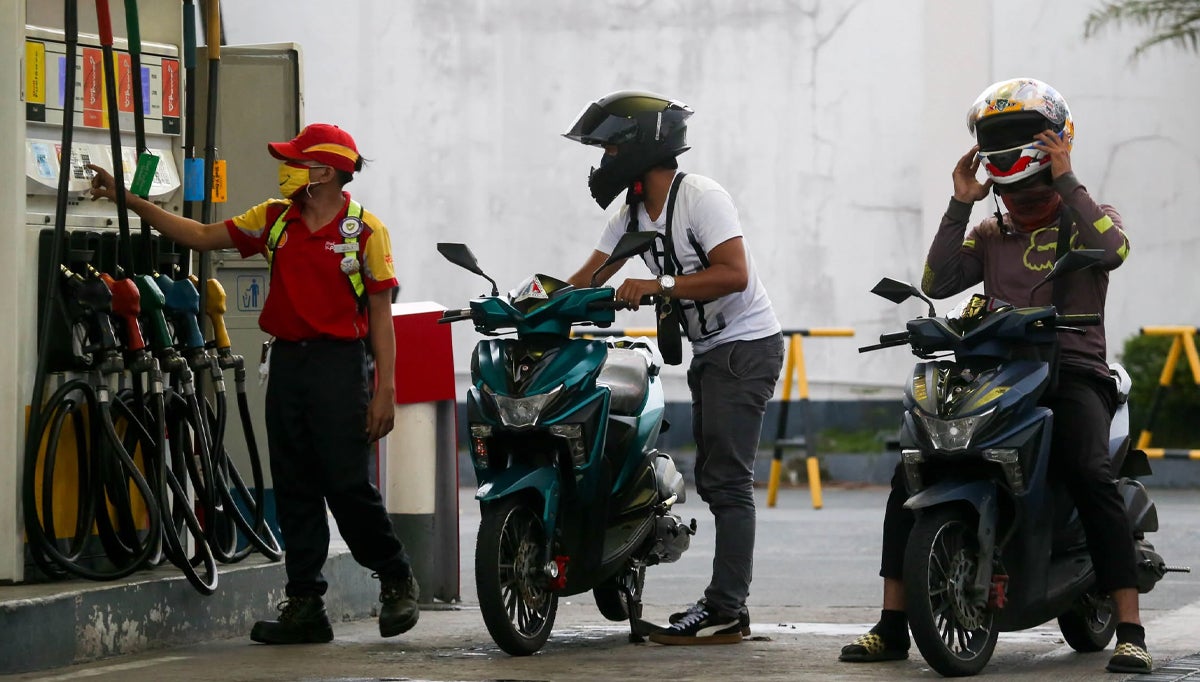 The seemingly unstoppable increase in fuel prices, which has been going on for nine consecutive weeks, resulted in year-to-date adjustment that brought a total net price increase per liter of unleaded gasoline to P19.65, 18 for diesel and P15.49 per kerosene.

According to the agriculture producers’ group Samahang Industriya ng Agrikultura (SINAG), the oil price increase has also pushed up the prices of corn feeds by P1 to P7 per kilo.

SINAG president and Abono party-list chair Rosendo So said that the price of corn feeds rocketed to P21 per kilo from P14 to P15 per kilo due to the “hefty increases in fuel prices.” 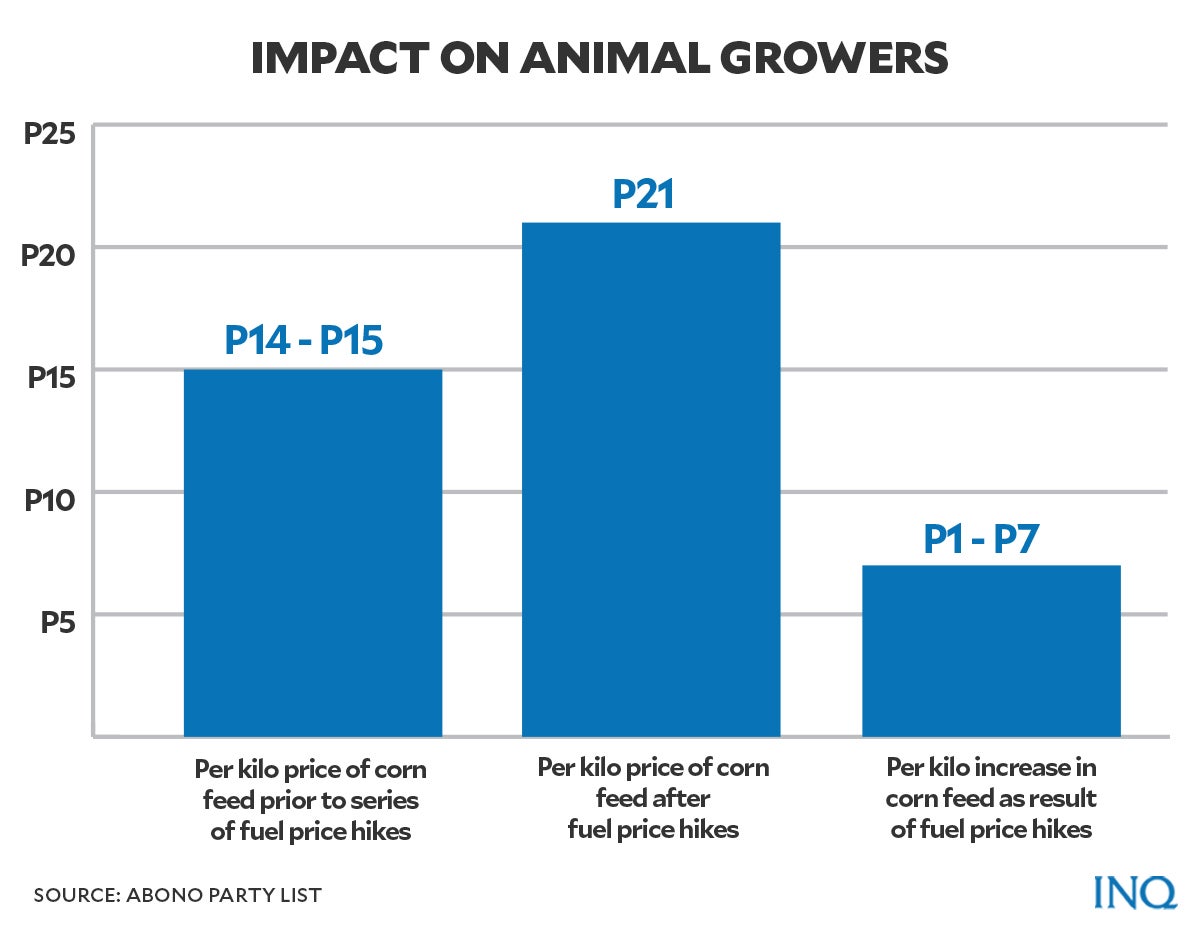 “Since Congress is suspended and given that the country remains under a state of emergency because of the COVID-19 pandemic, the President can issue an order similar to what he did last year when he signed two EOs that reduced import taxes on chilled and fresh pork meat and raised the minimum access volume for pork imports to address the supply shortage and soaring prices,” said So in a statement.

“This will be a win-win solution for agricultural producers, transport groups, and consumers,” he added.

According to So, suspending excise on fuel could lower pump prices of petroleum products by at least P6 to P10 per liter. 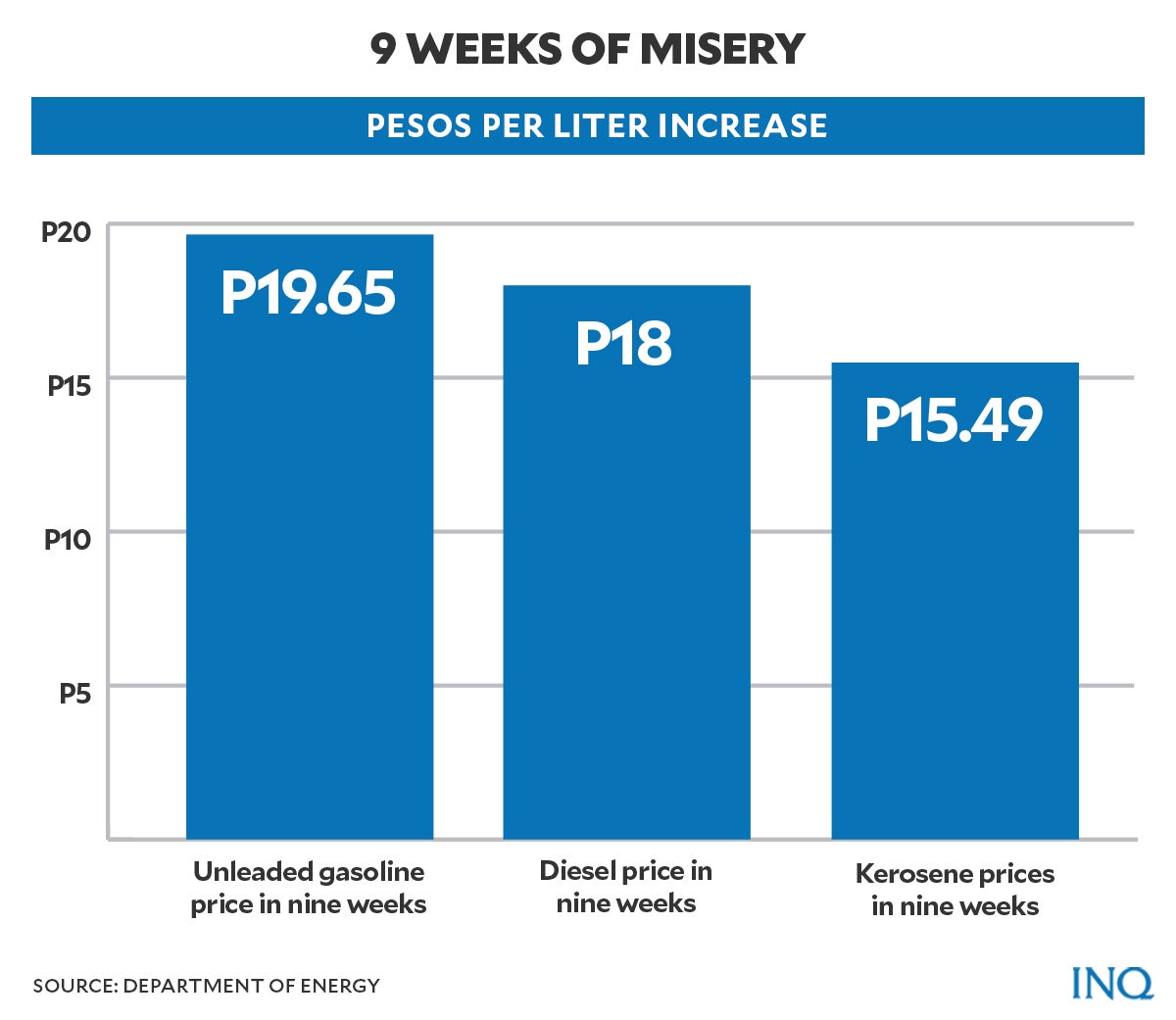 According to the group, the increasing prices of crude oil resulted in an increase in the cost of production for small fisherfolk to P180 per fishing operation, or a total of P720 additional fuel cost for a week of four fishing trips.

“Small fisherfolk earn only P480 per week or at least P120 per day due to the continuous increase in fuel prices,” Pamalakaya national chair Fernando Hicap said. 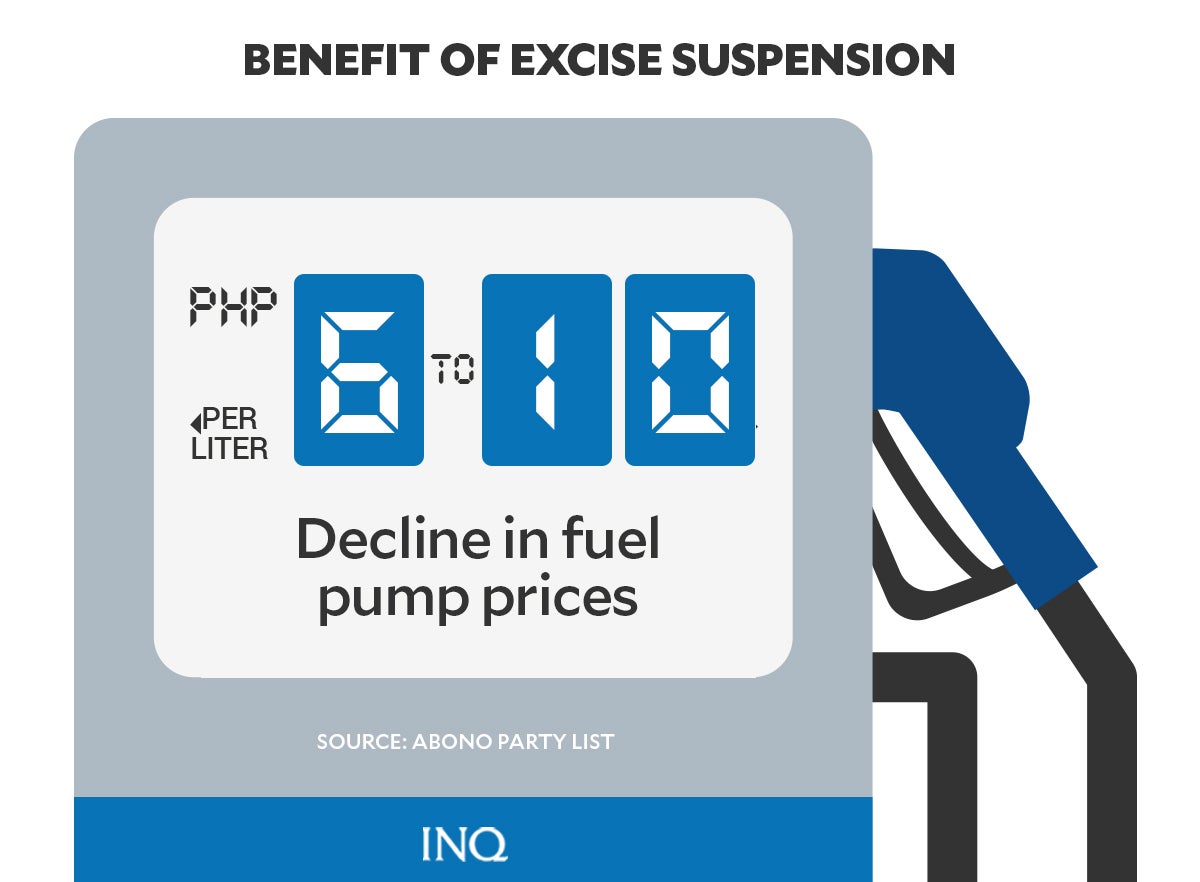 “The fishers are groaning in pain from their loss of income from high production expenses per fishing operation,” he added.

‘A drop in the bucket’

On Thursday, Oct. 28, the Department of Finance (DOF) distanced itself from the proposed suspension of excise and value-added tax (VAT) on fuel.

According to the DOF, the country might lose P147.1 billion in one year if excise and VAT on oil products were suspended.

“The DOF does not support the proposed suspension of the excise taxes on fuel as well as the VAT because it translates to significant foregone revenues. It will be detrimental to our recovery and long-term goals and it is inequitable,” the DOF said.

“Suspending all the fuel excise taxes and the VAT on fuel excise resulted in revenue losses of up to P147.1 billion or around 0.7% of the GDP in 2022,” it added.

Last week, Finance Undersecretary Antonette Tionko said that there is no law yet which could temporarily suspend the collection of excise on fuel.

Tionko added that such a law is needed for the proposal to push through.

“The only possible way the DOE may be granted powers to suspend is through legislative means,” Tionko said.

“The power of taxation is vested in Congress and absent any law, the DOE, the DOF, or any other agency of the government has no power to suspend the imposition of excise taxes,” Tionko added. 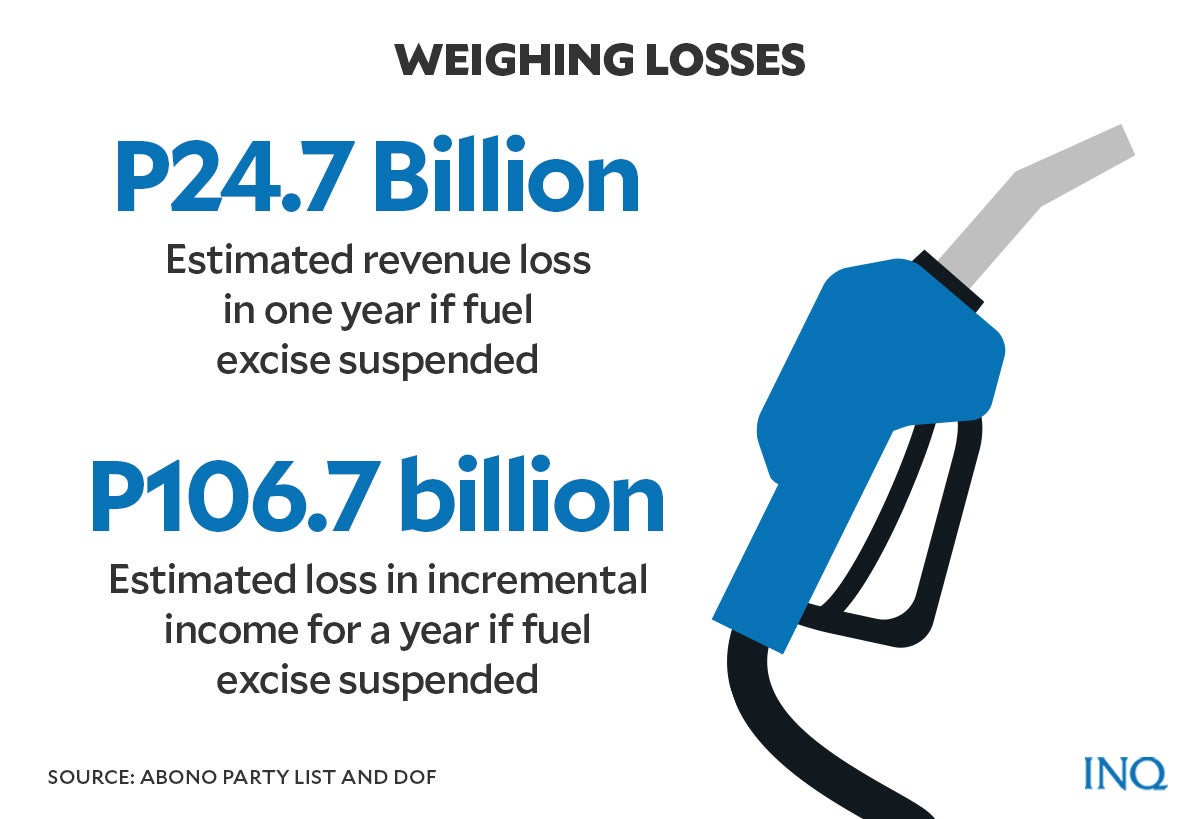 The DOF earlier said the government will lose P24.7 billion in baseline excise collection and another P106.7 billion in incremental revenues which the Bureau of Customs (BOC) had been tasked with collecting next year from imported oil products under the Tax Reform for Acceleration and Inclusion (TRAIN) Act’s tax rates.

However, So said that the government was willing to forego a bigger P138 billion in revenues when it refused to buy shares in the Malampaya gas project.

“What is P24.7 billion compared to P138 billion foregone revenues? It’s just a drop in the bucket,” So said.

“Why not also allow the suspension of the excise taxes on fuel if it would mean mitigating its debilitating effect on our rice and vegetable farmers, hog raisers, and chicken growers?” he added.