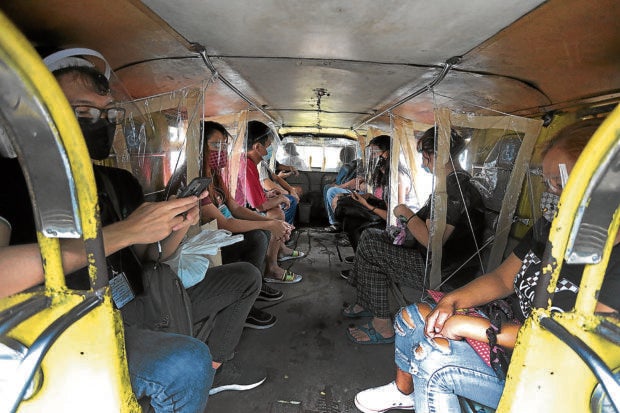 MANILA, Philippines—Despite 2022 presidential aspirants calling for the suspension of oil excise taxes amid high global and local prices, President Duterte’s economic team remained cold to the proposal due to its supposed minimal impact on the current elevation inflation as well as huge revenues to be foregone in case implemented next year.

Socioeconomic Planning Secretary Karl Kendrick Chua told a forum organized by the Economic Journalists’ Association of the Philippines (EJAP) on Thursday that he was more worried about still-expensive pork, especially in areas outside Metro Manila, amid the African swine fever (ASF) outbreak.

As such, Chua, who heads the state planning agency National Economic Development Authority (Neda), urged the distribution of imported pork in wet markets in the provinces and not just in supermarkets in the National Capital Region.

“Our priority is to make sure that all 111 million Filipinos have access to affordable food,” Chua said, also citing the importation of fish to ensure ample supply amid the closed fishing season.

As for oil, Chua said the government’s response will be calibrated depending on whether the recent global price hikes would be temporary or permanent.

To ease the impact on drivers of public utility vehicles (PUVs) like jeepneys and buses, Chua said the government should utilize the P3-billion budget for service contracting on the top of the P1 billion to be given away by the Land Transportation Franchising and Regulatory Board (LTFRB) under its “pantawid pasada” program.

Chua also urged a review of the seat capacity rules covering PUVs to possibly increase the number of passengers per trip from only 50 percent at present in a bid to hike drivers’ incomes.

“As we have more people vaccinated [and] lower cases of COVID-19, there is an opportunity to review the seat capacity. We have to look at the entire picture. If you have more people in the jeep or bus, that might increase the risk of COVID-19. But these same people are falling in line in the bus station waiting for the bus and also crowding the bus station. So once we see it from this bigger perspective, perhaps we can find an opening for a gradual adjustment of the seating capacity,” Chua said.

Meanwhile, Department of Finance Director Nina Asuncion reiterated during a hearing at the House of Representatives that the DOF “does not support the proposed suspension” of fuel excise taxes as well as the 12-percent value-added tax slapped on the commodity due to an estimated P147.1 billion in excise and VAT to be foregone if implemented next year.

“The unrealized public spending and investments from the foregone revenues will be detrimental to our economic recovery and long-term growth,” Asuncion said.

Asuncion also pointed to an only “temporary” inflation relief, which she said was estimated by the Bangko Sentral ng Pilipinas (BSP) at a mere 0.02 percentage point (ppt) in the medium term and 0.01 ppt in the long run.