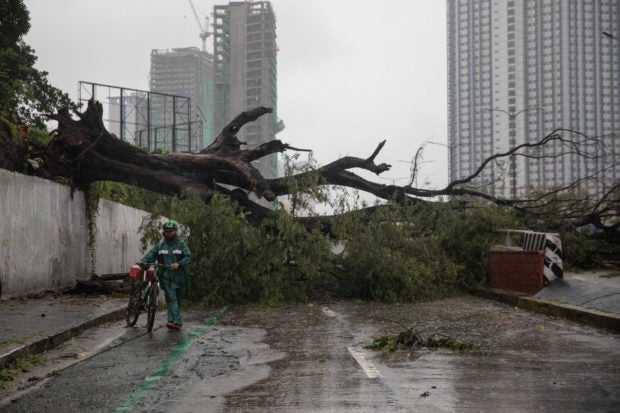 MANILA, Philippines — The Philippine Atmospheric, Geophysical and Astronomical Services Administration (Pagasa) on Thursday said that two or three storms are expected to enter the Philippine area of responsibility (PAR) in November.

The storms will be named “Odette,” “Paolo” and “Quedan” once each enters PAR, respectively.

(Typhoons usually strike in November in the central part of our country, in Southern Luzon, in the Visayas, and Northern Mindanao.)

(Some hurricanes recurve or do not hit the terrain and return to the northern part of the Western North Pacific.)

The most notable storm that hit the country in November was Super Typhoon Haiyan, locally known as Yolanda, in 2013.

The storm became legendary as the “Storm of the Century,” killing more than 6,000 people and displacing millions more after barrelling through the central Philippines and the Visayas.

(We need to prepare those who live in Southern Luzon, Visayas, and Northern Mindanao because that is where typhoons usually pass.)

Meanwhile, no storms or weather disturbances are expected to form within PAR in the remaining days of October.

IN PHOTOS: Looking back at Super Typhoon Yolanda’s onslaught in 2013