IN PHOTOS: Looking back at Super Typhoon Yolanda’s onslaught in 2013 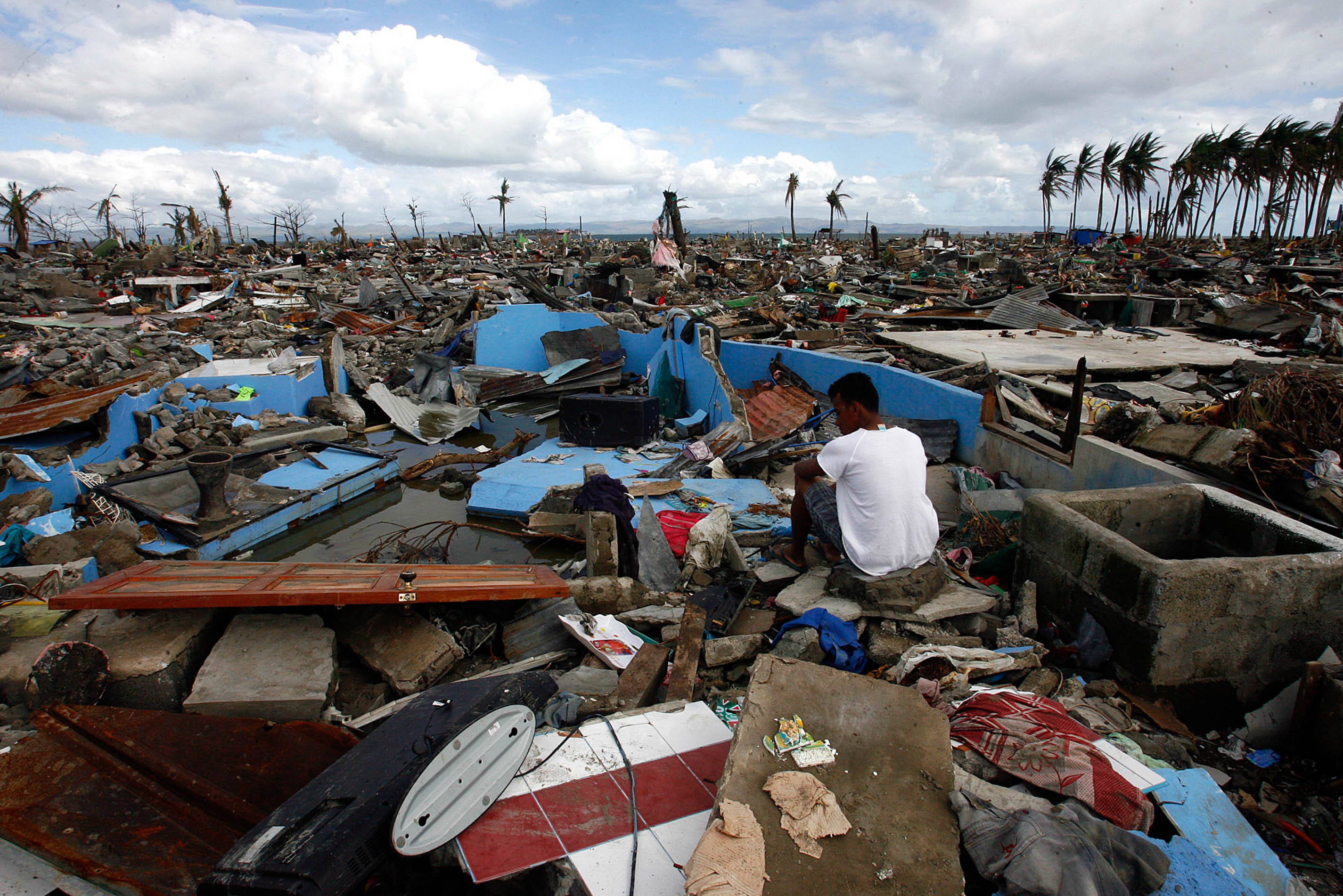 DEVASTATING TOLL. Yolanda’s physical impact on Eastern Visayas was widely documented, with stories and visuals that show the widespread destruction caused by the storm. But its psychological impact remains largely hidden. Years after the disaster, it continues to take a devastating toll on its survivors, many of whom who still suffer from fear and trauma from their harrowing experiences. FILE PHOTO FROM PHILIPPINE DAILY INQUIRER

The typhoon, which damaged 1.14 million houses in 2013, triggered the evacuation of more than a million families or about 5.13 million individuals at the height of its onslaught.

The total cost of damage was placed at P95.5 billion.

As the country marks the seventh year anniversary of “Yolanda,” INQUIRER.net looks back at some photos of the devastation that the super typhoon has brought in some parts of the country. 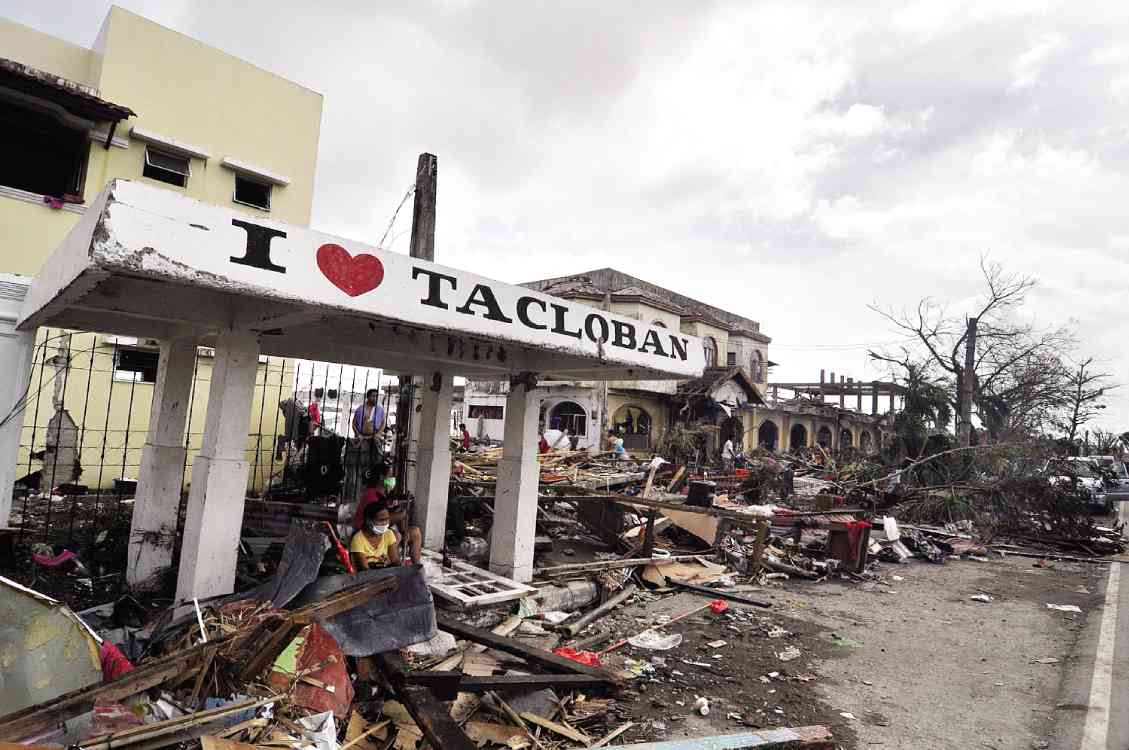 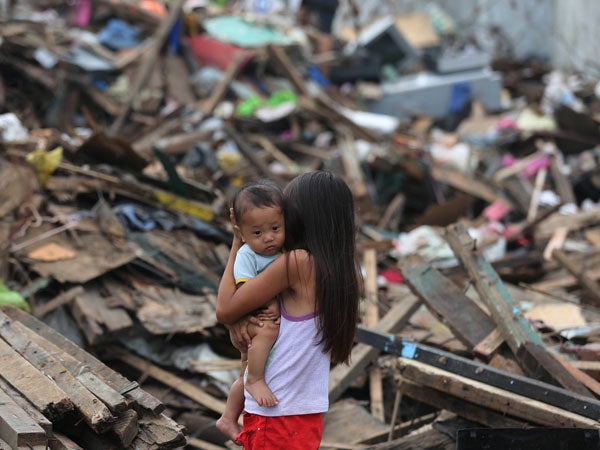 A girl survivor holds her brother as they walk along debris from damaged homes at typhoon-ravaged Tacloban City on Dec. 7, 2013. AP PHOTO/AARON FAVILA 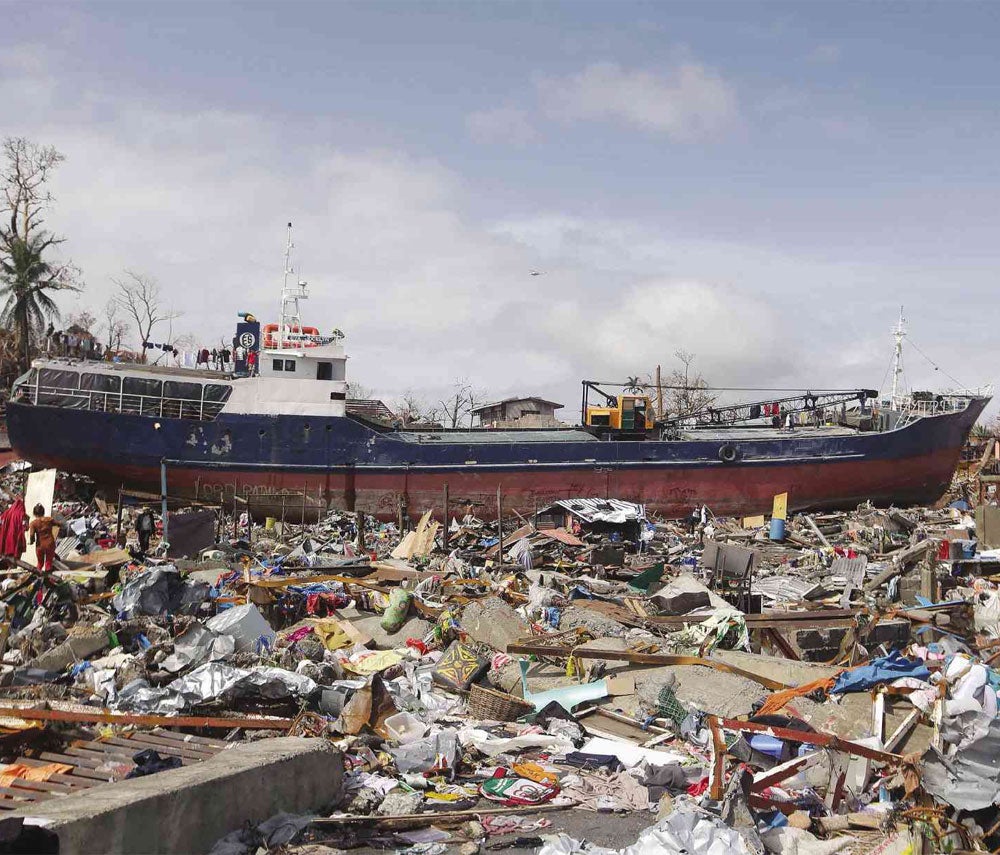 HARD LANDING A large boat sits on top of destroyed homes after it was washed ashore by strong waves caused by Supertyphoon “Yolanda” in Tacloban City. AP FILE PHOTO 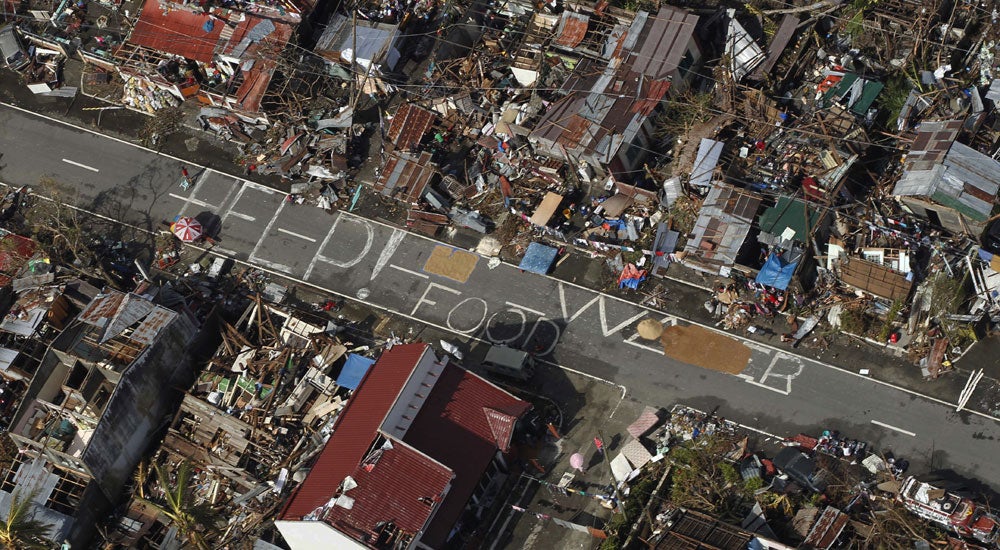 An aerial view shows signs for help and food amid the destruction left from Typhoon Haiyan in the coastal town of Tanawan, central Philippines, Wednesday, Nov. 13, 2013. AP FILE PHOTO 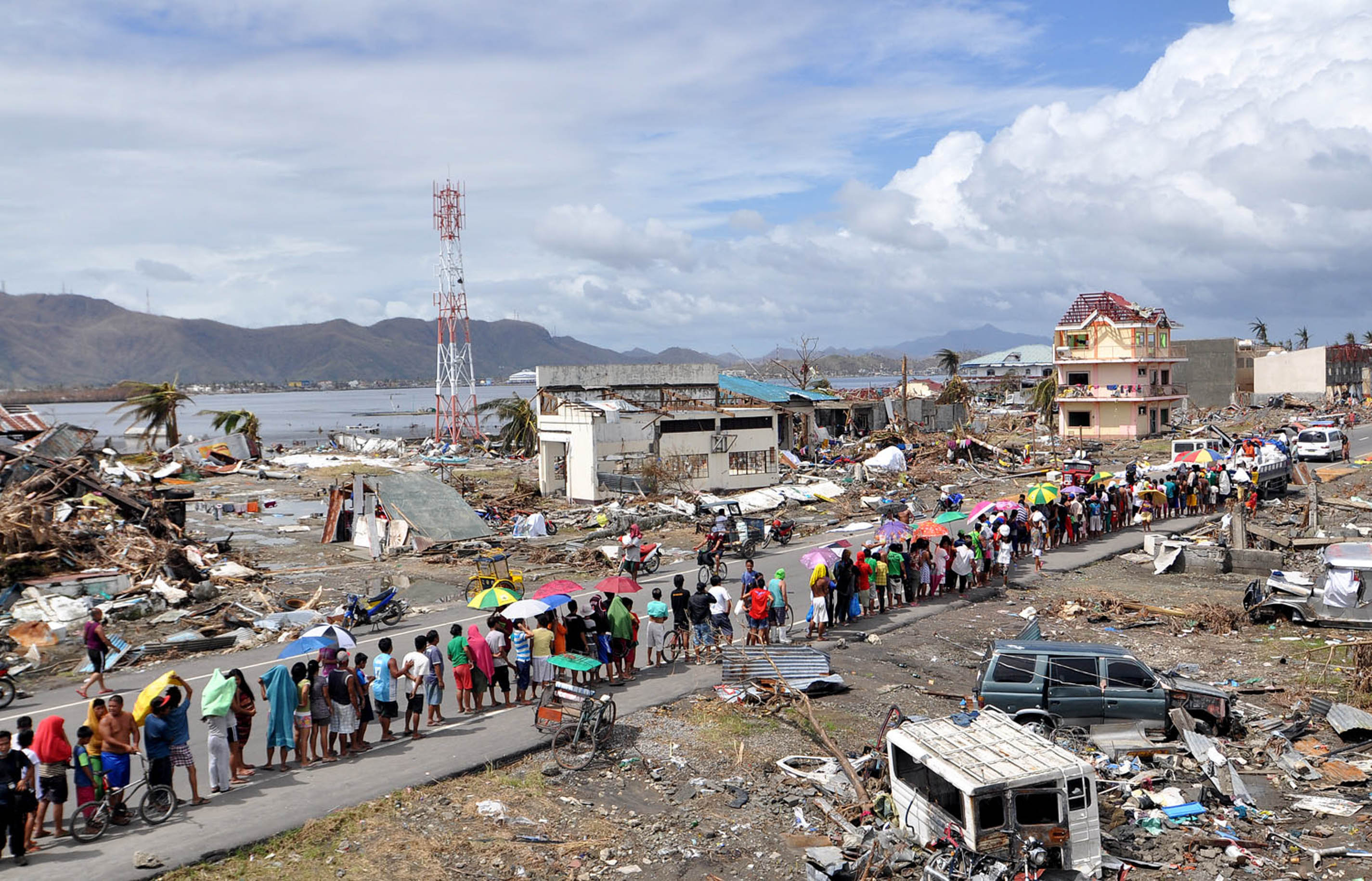 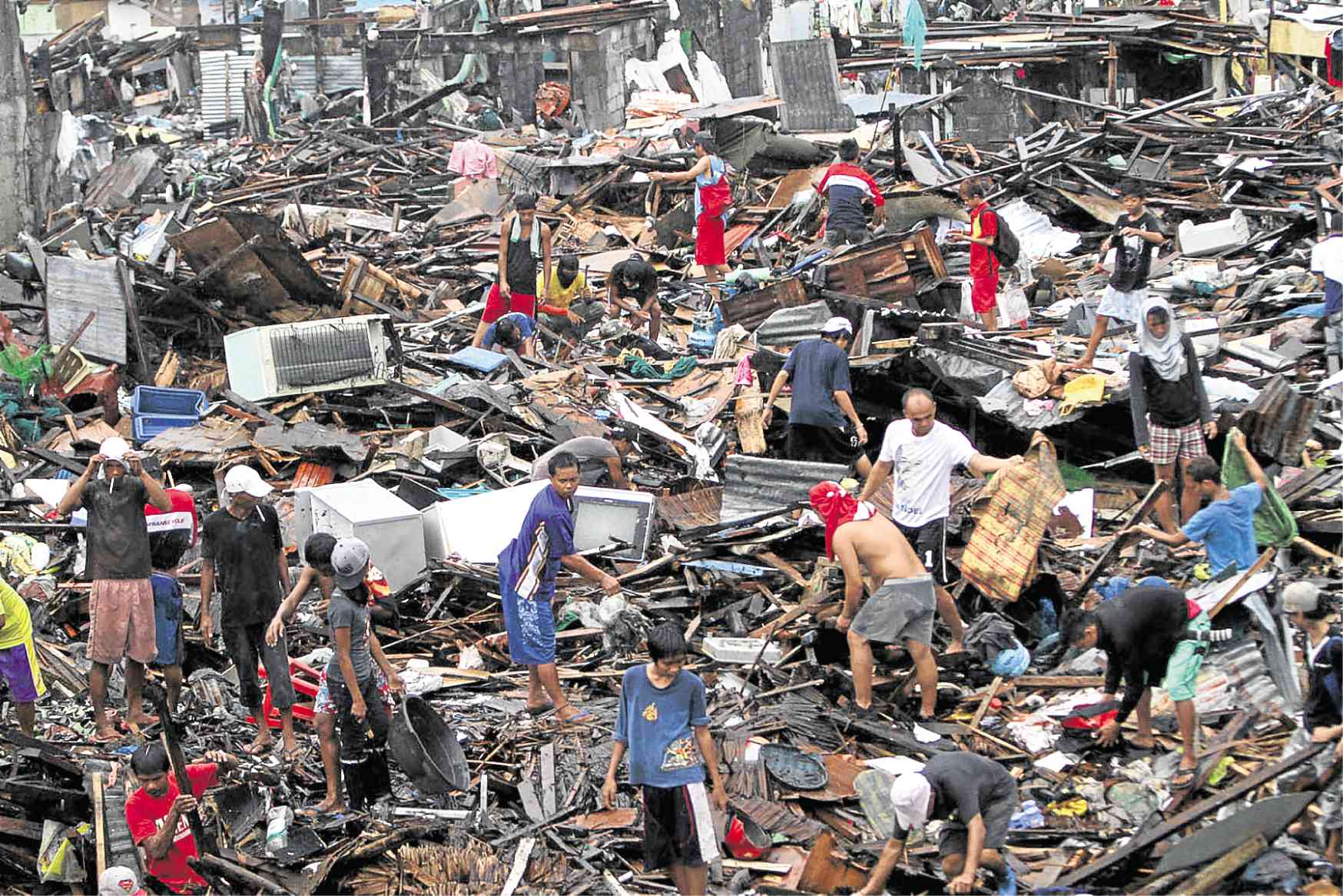 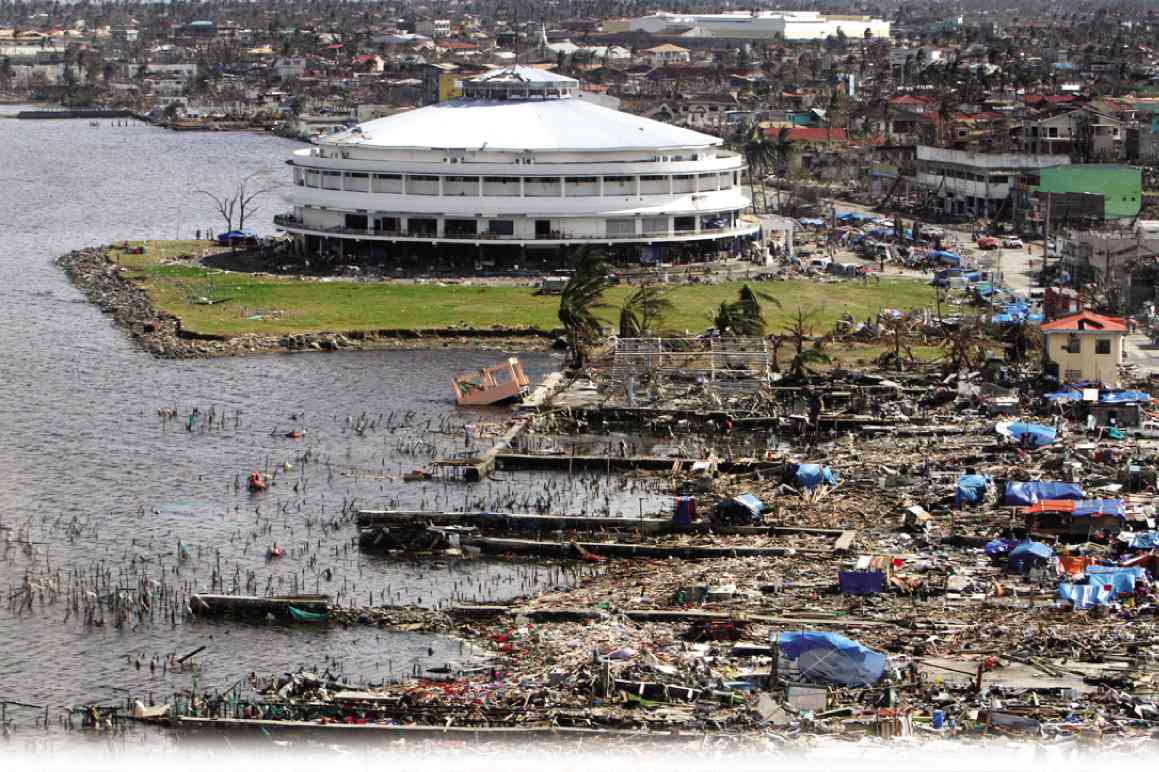 AN AERIAL view of part of Tacloban City, taken three days after Supertyphoon “Yolanda” (international name: Haiyan) struck and showing a scale of devastation comparable with that caused by the explosion of the world’s first atomic bomb in Hiroshima, shows entire communities flattened and an astrodome next to the Cancabato Bay barely standing. INQUIRER PHOTO 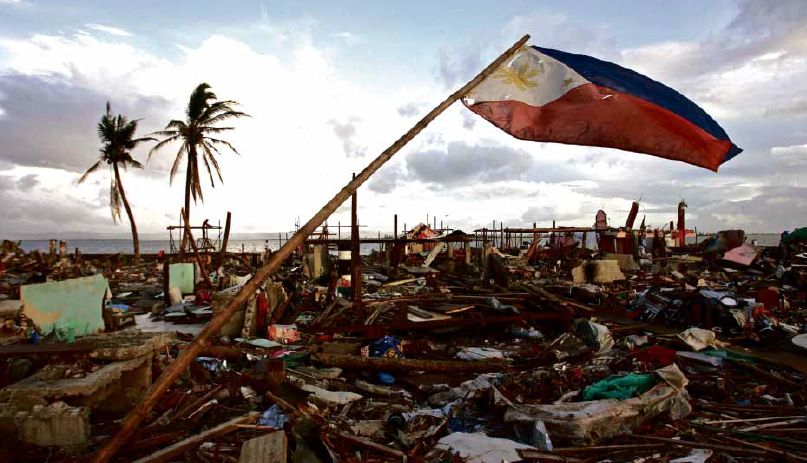 ‘WE’RE STILL HERE’ A Philippine flag flutters in the wind from a near-fallen bamboo pole in Tacloban City, signifying the residents’ resilience after the devastation caused by Supertyphoon “Yolanda.” RAFFY LERMA