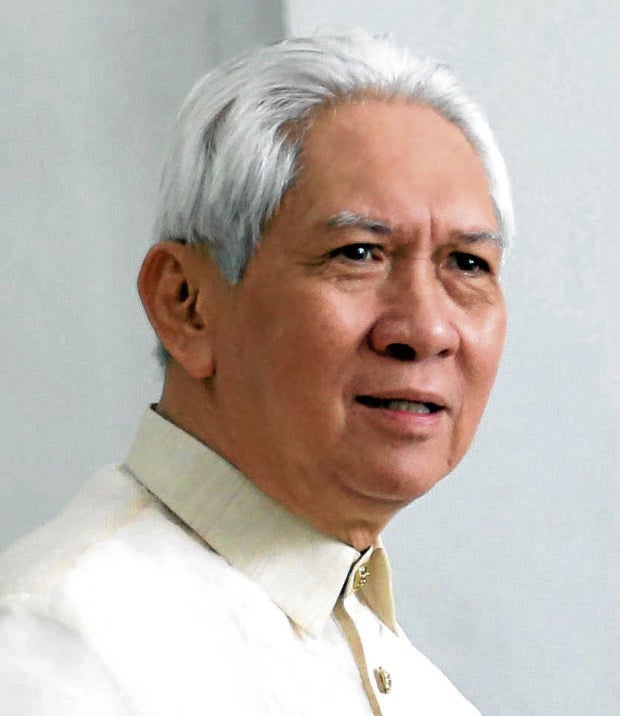 MANILA, Philippines — Ombudsman Samuel Martires has insisted that the proposal to impose jail time for those who would comment on public officials’ Statement of Assets, Liabilities and Net Worth (SALN) did not come from him, saying that he is only reflecting what was stated in the law.

Martires on Tuesday said that he does not want the media to suffer from charges with possible jail sentences just because they released articles or reports about a government employee’s SALN without understanding Republic Act No. 6713 or the  Code of Conduct and Ethical Standards for Public Officials and Employees.

Hence, he is seeking to define the word news to identify which would fall under mere reportage and which are commentaries already.

“Liwanagin ko ulit: I am not proposing jail terms for those who violated the SALN (provisions) or for the media, no.  It is already in the law, ang gusto lang namin liwanagin, is to define the word ‘news’, not pursuant to journalism or journalistic standards’ definition, but for purposes of this law,” he told CNN Philippines’ The Source.

“Should news be defined to include commentaries, or comments, or comparison of the present SALNs with previous SALNs?  Gano’n lang ‘yong gusto namin kasi marami akong kaibigan sa media.  Ayaw kong magpakulong,” he added. (That’s only what we want because I also have friends in the media.)

If his intention was to put media workers behind bars, then he would have started cases against practitioners who insinuated that his wealth grew by just P15 million in three months.

According to Martires, he did not pursue cases because he learned from a journalist that some reporters do not have time to read the R.A. 6713’s provisions on the conditions for releasing SALNs.

“Kasi kung ang intensyon ko magpakulong [Because if my intention is to jail people], when media said, when some writers said that the Ombudsman is richer by P15 million in three months, eh di kinasuhan ko sana sila [I should have filed cases against them].  But I did not, I respect that, karapatan nila ‘yon eh [That’s their right],” he noted.

Martires has been pushing for amendments in R.A. No. 6713, to ensure that Section 8, Paragraph D of the said law — which already prohibits obtaining or using SALNs for purposes contrary to morals and aside from disseminating — would be properly enforced.

If his suggestion would be followed, Section 8 of R.A. 6713 would insert a provision that publication by news organizations would only be for the reporting of facts.

Under the current law also, violation of the provisions — Sections 7, 8, 9 — may be penalized by “imprisonment not exceeding five (5) years, or a fine not exceeding five thousand pesos (P5,000), or both”, aside from possible disqualification from public office.

Despite this, Martires implied that he does not believe that people commenting on SALNs should be jailed — which is why he is advocating for amendments in R.A. No. 6713 to ensure its clarity.

“If I believe that there should be a jail term, hindi ko na sana hihinligin na i-define natin ang news, pababayaan ko na lang ‘to […] and let somebody, wake up, file a case against our friends in media and let the court decide it.  But I don’t want na dumating ‘yong araw na ‘yon na magkaka-kaso ‘yong mga tiga media simply because of this,” he added.

The possible amendments to R.A. No. 6713 was first raised by Martires during the House hearing of their budget last September 9.  However, this proposal drew flak from netizens on social media, while Bayan Muna Rep. Carlos Zarate who was present during the budget deliberations asked if the proposal would even be constitutional as it goes against free speech.