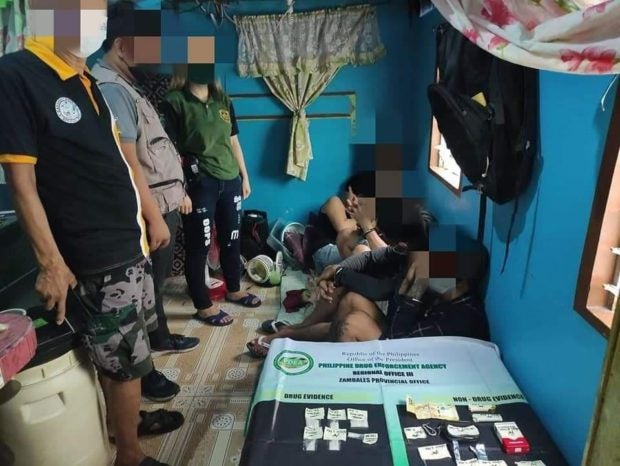 Anti-drug operatives question some of the men arrested at a drug buy-bust operation in the town of Subic, Zambales province. PHOTO FROM PNP REGION 3

SAN ANTONIO, Zambales-Police arrested five suspects and seized at least P122,400 worth of shabu, or crystal meth, in an anti-drug operation in the town of Subic last Sunday (Oct. 24).

Cardiño said the suspects were cornered in a buy-bust operation and yielded six plastic packets of meth weighing 18 grams.

Also seized were marked bills used in the operation.