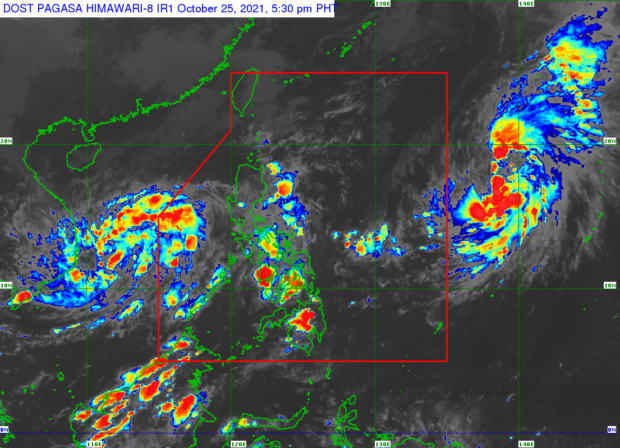 MANILA, Philippines — The Philippine Atmospheric, Geophysical and Astronomical Services Administration (Pagasa) on Monday announced the start of the northeast monsoon.

Locally termed as “amihan,” Pagasa said this weather system is already being felt in Northern Luzon and would gradually bring a cooler climate to Southern Luzon and Metro Manila beginning Tuesday.

(Today we officially declared the onset of the northeast monsoon or amihan season, this cold weather or temperature is being experienced in Northern Luzon at present.)

(Expect that in the next few days and weeks it will gradually extend towards the Southern Luzon area or in Metro Manila.)

With the official start of the amihan season, the state weather service said light to moderate rains may be expected in parts of North Luzon on Tuesday, specifically in the Cagayan Valley and the Cordillera Administrative Region.

(Here in Metro Manila and the rest of Luzon, we can expect improved weather conditions, and the chance of rain is only short-lived.)

However, hot and humid weather will still prevail over the entire regions of Visayas and Mindanao from Tuesday morning until noon, with high chances of fleeting rain showers in the afternoon until evening.

Pagasa then said it is also monitoring two active storms outside the Philippine area of responsibility (PAR) – one is a tropical depression off Palawan that recently left the country as a low-pressure area and is no longer expected to have any effects in the country; second is a tropical storm with the international name Malou that was last located 1,745 east of Northern Luzon.

(We do not expect it to enter the area of responsibility and it also has no direct effect on any part of our country.)

Meanwhile, the temperature range forecast for Tuesday in key cities/areas nationwide are the following:

Pagasa further reported that a gale warning remais over the northern seaboards of Luzon, specifically in the Batanes Islands, Ilocos Norte, and the Babuyan Islands. It added that wave height in these areas may reach up to 4.5 meters.