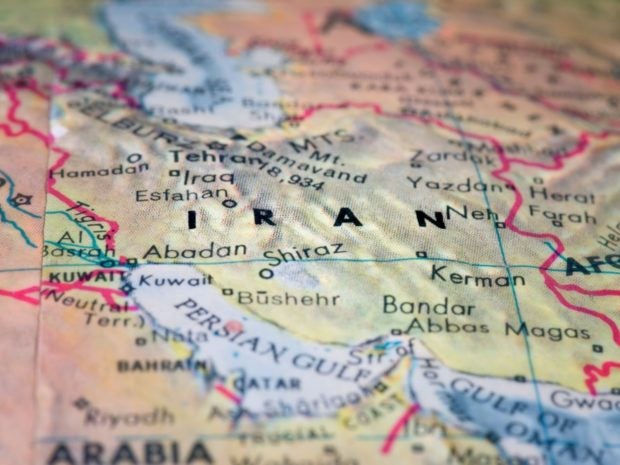 Paris, France — A lawyer who is said to have bitten off part of his tongue after being injected with an unknown substance. Videos showing guards freely beating detainees. A prisoner re-arrested after alleging rampant abuse in women’s jails.

There has long been concern about abuse in prisons in Iran but a slew of recent allegations concerning high-profile detainees and claims disseminated on social media have amplified the anxiety.

“Victims experience horrific mistreatment and are left with no means to seek redress and accountability,” Sepehri Far added.

HRW and the New York-based Center for Human Rights in Iran last week sounded the alarm over the case of Payam Derafshan, a prominent attorney whose clients included the jailed prize-winning rights lawyer Nasrin Sotoudeh.

In allegations posted on social media, which HRW said it had independently confirmed, the lawyer Saeed Dehghan said Derafshan had been injected with an unknown substance soon after his arrest in June 2020. He then experienced a convulsion that caused him to bite off part of his tongue.

He was sent to a psychiatric hospital, where he is said to have been subjected to shock therapy that caused more damage but was then granted medical leave and conditional release.

“The authorities’ revolting abuse and medical negligence of a prominent human rights lawyer should make us extremely concerned about the situation of dozens of lesser-known political prisoners in Iran,” said Sepehri Far.

In a rare response to footage broadcast widely on Persian-language media based outside of Iran, the head of the national prisons organization Mohammad Mehdi Haj Mohammadi condemned the behavior as unacceptable, while judiciary chief Gholam Hossein Mohseni Ejei asked prosecutors for an investigation.

Amnesty International described the videos as just the “tip of the iceberg of a torture epidemic”.

Amnesty this September also issued a study accusing Iran of failing to provide accountability for at least 72 deaths in custody since January 2010, “despite credible reports that they resulted from torture or other ill-treatment or the lethal use of firearms and tear gas by officials”.

The latest such death — described as “suspicious” by Amnesty — was of Shahin Naseri, 49, who died in September after being transferred from prison in Tehran to an unknown location.

Naseri had notably provided witness testimony over the torture of wrestler Navid Afkari, whose execution in September 2020 caused an international outcry.

Afkari had complained of being tortured into confessing, with methods that included beating and having alcohol squeezed up his nose.

On the night of October 12, over two dozen members of the Iranian security forces raided the home of activist Sepideh Gholian in the city of Ahvaz, according to her family.

Gholian, who was on leave from prison at the time of the raid, was first arrested in 2018 over strikes at the local Haft Tappeh sugar factory.

After the raid, she was taken to an unknown location and was later confirmed to have been transferred to Evin jail in Tehran.

Activists have linked her sudden re-arrest to a lacerating Twitter thread she posted in September describing in disturbing detail the conditions she was subjected to in the women’s section of the prison in the southern city of Bushehr.

The 26-year-old described it as a “place near the end of the world” and a “forgotten hell” whose brutality “did not even fit into my imagination”.

She said women prisoners were forced into sexual services with guards and had been deprived of their right to wear underwear for weeks, even while menstruating.

One inmate had been forced to strip naked as a punishment during roll call, she posted.

Gholian had previously written a book about her experiences which had been published by the Persian and English-language news site IranWire.

“I fear that I will not survive,” she wrote.

“To say I am horrified does not convey my feelings. I feel something hot running out of my body. I am entirely mute. I cannot so much as groan when they beat me.”