DOH, WHO: Have kids vaccinated vs polio, other preventable diseases 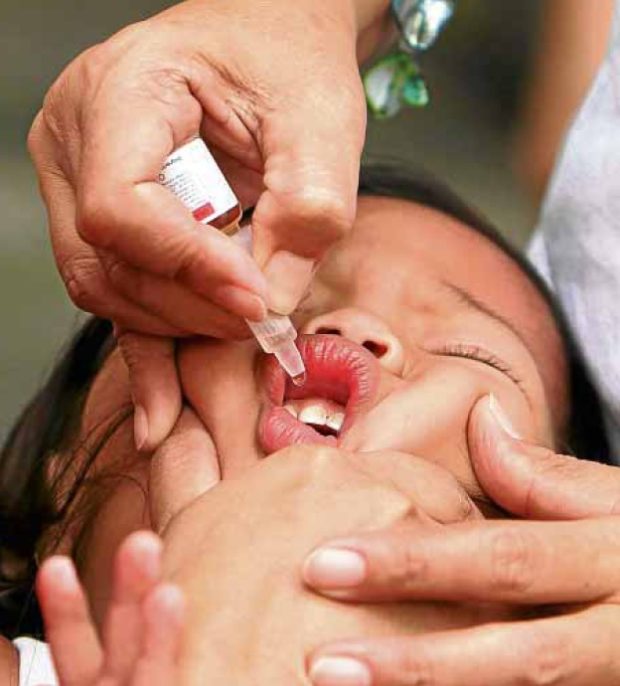 MANILA, Philippines — Parents must have their children immunized against preventable diseases, the Department of Health (DOH), World Health Organization (WHO), the United Nations Children’s Fund (UNICEF), and the Rotary International stresse during World Polio Day on Sunday.

“While we have successfully eradicated polio, we have to ensure that there will never be an outbreak again and it begins with vaccination,” Health Secretary Francisco Duque III said in a statement.

Polio is a “highly infectious, crippling, and sometimes fatal disease” that could be prevented through vaccination.

“We call on the parents to ensure that your child gets their routine immunization so they can be protected against polio and other vaccine-preventable diseases,” Duque added.

The Philippines declared the end of the polio outbreak in June 2021 after 18 months of response which saw the inoculation of around 11 million children.

In 2020, almost 500,000 children missed out on oral polio vacicne doses due to the restrictions and challenges pose by the COVID-19 pandemic, the DOH said.

“Once a commonplace illness, polio has been eliminated from most countries, including now again in the Philippines. This shows the power of vaccines to save lives and protect people from diseases such as polio,” Abeyasinghe said.

“We still need to intensify our campaign to raise awareness and raise funds for polio. By doing these together, we can END POLIO NOW,” Rotary International Zone 10A End Polio Now Coordinator Mary Anne Alcordo Solomon said.