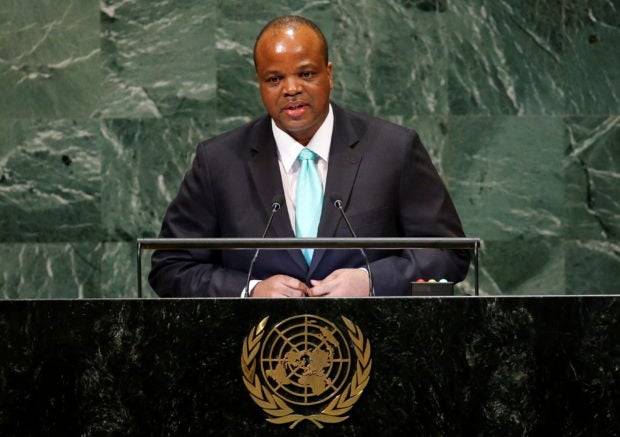 Envoys from South Africa, Namibia, Botswana and the regional group visited Eswatini on Thursday and Friday and met the king, the prime minister, civil society organizations, trade unions and others, SADC said in a statement.

“King Mswati III has accepted the need for national dialogue…I appeal for calm, restraint, the respect for the rule of law and human rights on all sides to enable the process to commence,” South African President Cyril Ramaphosa said in a statement in his capacity as chair of the SADC’s politics organ.

The monarch plans to convene a meeting where people can express their grievances, a representative of the king told the state broadcaster.

Anger against 53-year-old Mswati III has been building for years.

Campaigners say he has consistently ignored calls for reforms that would move Eswatini, known as Swaziland until 2018, towards democracy.

The king denies accusations of autocratic rule and of using public money to fund a lavish lifestyle in the impoverished nation that borders South Africa. In July, he called protests against his rule “satanic”.

A police report on protests by civil servants on Wednesday said security forces had shot one demonstrator with a rubber bullet, but that police had no record of any fatalities during the unrest.

The government ordered mobile network operators to suspend access to Facebook and its messenger app, the local unit of telecoms company MTN Group said this week.