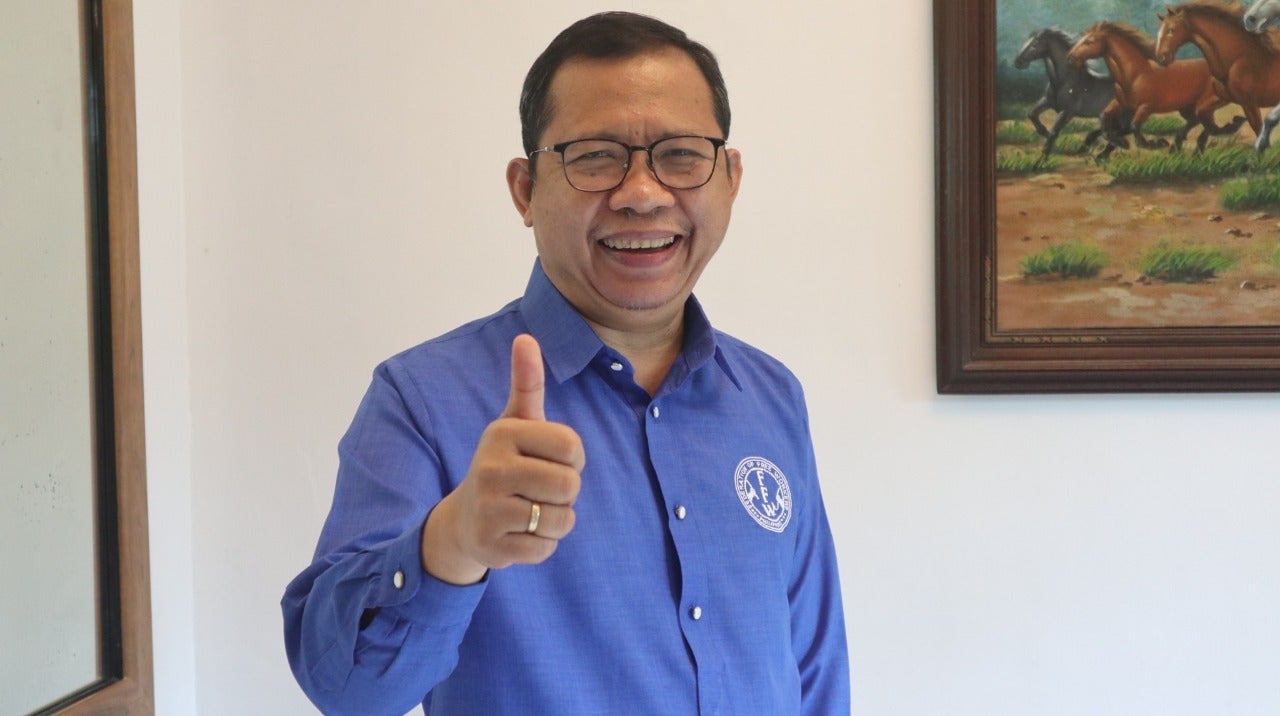 MANILA, Philippines — After days of infighting among parties seeking inclusion in her senatorial slate, Vice President Leni Robredo on Friday announced that labor leader and lawyer Sonny Matula would take the 12th slot to represent the vulnerable and marginalized sectors.

In a statement, the Vice President touted Matula’s lifelong track record in championing workers’ rights as the reason for her choice. “He has faced off with huge corporations with only his principles and advocacies as his weapon—advocacies that I myself have been fighting for even before I even entered politics,” she said.

Robredo also said she was sure that “as a labor advocate,” Matula would “fight for what is right and just until the end.”

Matula is president of the Federation of Free Workers, a labor group associated with the party Akbayan. He also chairs the labor coalition Nagkaisa, and is seen to represent the social democrats in Robredo’s slate, which includes Liberal Party members and veteran senators.

Robredo said Matula’s “allyship” with her camp “ is not a transaction but a duty.”

“This is his contribution to rectifying the old and rotten brand of governance that is the root of the hunger, poverty, and death of so many Filipinos,” she said.

In a statement, Matula thanked Robredo for her endorsement, which he took as a signal that she was “serious in carrying the fight of the working class “in the 2022 elections. It is fitting that the “people’s campaign” will be represented in the Senate by someone from the sector on the edge of society—the workers, he said in Filipino.

Matula’s candidacy is his second stab at a Senate seat, after a failed attempt in 2019 alongside other labor leaders.

He had earlier said he would continue to push for workers’ rights, better bargaining power, and national minimum wage, and to fight labor-only contracting.

In a statement, Colmenares said he respected Robredo’s decision. He said it did not prevent “continuing engagement and cooperation with her campaign on urgent issues that concern our people.”

“The most urgent of these issues is preventing a Marcos restoration and a Duterte extension amid the continuing pandemic,” he said.

When Robredo first announced the guest candidates in her slate, Colmenares’ noninclusion disappointed members of the Makabayan bloc, who said the Vice President had never met with them despite their requests for an audience.

Former Sen. Antonio Trillanes IV, a member of the slate, admitted that he had blocked Colmenares’ inclusion.

He accused the Makabayan bloc of demanding a slot in Robredo’s slate despite its supposed support of Manila Mayor Francisco “Isko Moreno” Domagoso in the opposition coalition 1Sambayan’s internal poll for presidential candidates.

Makabayan, however, has not publicly endorsed any presidential candidate.

Said Robredo: “The Magic 12 is now complete: a slate that may come from different factions but are now united in their desire to achieve the future they dream of. They are all—we are all—accountable to the Filipino people.”

A member of the Magic 12, the detained Sen. Leila de Lima, said the 2022 electoral battle was too important to linger over past hurts, and explained why she had no objection to the inclusion of Sen. Richard Gordon.

De Lima, one of President Rodrigo Duterte’s most outspoken critics, said she had no problems joining Gordon in the same slate despite criticisms that he was an early enabler of the administration’s attacks on her.

“I perceive a change of heart and regret of the past when he chastised Duterte recently for imprisoning ‘a senator elected by the people,’” she said of Gordon in a dispatch from Camp Crame, where she has been held since early 2017.

De Lima said her supporters had been wondering if Gordon’s inclusion was “acceptable to me, given the perception that he played a role in my persecution, as demonstrated in certain past Senate hearings.”

But Gordon had now “gotten a taste of Duterte’s venom and viciousness, a fraction of what was done to me four years ago,” De Lima said, referring to the President’s attacks on Gordon in relation to the Senate blue ribbon inquiry into Pharmally Pharmaceutical Corp.

“He currently experiences similar character assassination and mindless demolition of reputation that I did in the hands of Duterte,” she said.

De Lima said they were now “a small and exclusive club” that should “stick together and help each other until this person who so dishonored us is held to account, and punished, for his excesses.” —With reports from DJ Yap, Julie M. Aurelio and Inquirer Research