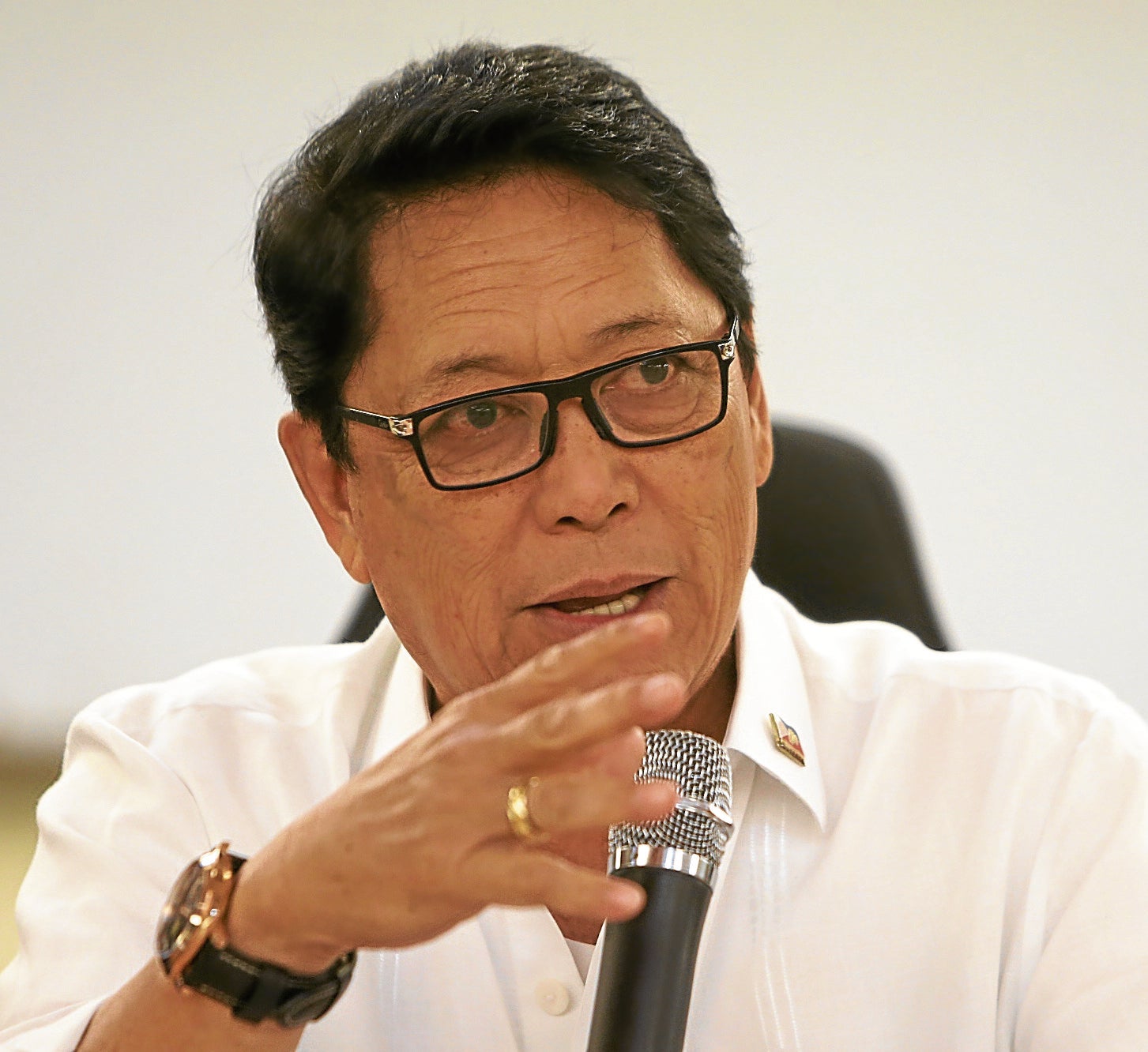 MANILA, Philippines — Labor Secretary Silvestre Bello III on Friday backtracked on his statement the previous day and said businesses with dine-in and in-person services could not terminate or withhold the salaries of unvaccinated workers.

“This is to clarify that even if select establishments may refuse unvaccinated employees from working by virtue of the IATF resolution, they cannot terminate their workers even if unvaccinated. They cannot also withhold the salaries already earned,” Bello said in a text message.

He was referring to the Inter-Agency Task Force for the Management of Emerging Infectious Diseases (IATF) resolution on alert levels dated October 13, which allowed restaurants and personal care establishments to operate at certain capacity, provided all their workers were fully vaccinated.

While inoculation is not mandatory for all workers, he said, the IATF resolution required all workers in those establishments to be fully vaccinated.

“You have that legal basis now, the IATF resolution. There is basis now to hold the pay because of violation of the IATF ruling,” the labor chief earlier said in a television interview.

This drew the ire of labor and militant groups, as well as some lawmakers, who said that instead of firing these workers or withholding their salaries, the government should ramp up its vaccination efforts to cover as many workers as possible at the soonest possible time.

“Millions of Filipinos have lost their jobs, and yet you make up rules that prevent them from doing their jobs. Ramp up immunization and make vaccines accessible to workers,” Jerome Adonis, Kilusang Mayo Uno (KMU) secretary general, said in Filipino.

The Trade Union Congress of the Philippines (TUCP), meanwhile, said Bello had “overstretched its (resolution) application” to defend the “no jab, no pay” scheme of some employers.

“Secretary Bello seems to be confused about basics in law or, worse, acting in careless disregard of the law. Why would a mere IATF resolution be superior to the Labor Code prohibition on nonpayment of wages?,” TUCP said in a statement.

It also cited Section 12 of Republic Act No. 11525, or the COVID-19 Vaccination Program Act of 2021, which stipulated that vaccination was not a condition for employment.

“The said resolution on vaccination is never and should never be part of just and authorized causes for terminating employment contracts,” he said.

Leody de Guzman of Bukluran ng Manggagawang Pilipino said there were laws that protect the rights of regular employees from the “no vaccine, no pay” scheme.

“I cannot understand how the IATF resolution can become a legal basis to withhold the pay of or dismiss unvaccinated employees. I wonder why this resolution is, all of a sudden, more superior to the laws of the land,” Colmenares said in a statement.

Colmenares said he understood the need to inoculate employees who were in frequent close contact with clients in restaurants and personal care establishments.

However, the government’s COVID-19 vaccination program was “slow and fraught with deficiencies” resulting in the failure of many workers to get vaccinated.

“Our workers should not suffer for the government’s incompetence. We need sufficient supplies of vaccine variants to address different health concerns and make these vaccines available in more inoculation sites,” he said.

In the Visayas, Dennis Derige, spokesperson of Partido Manggagawa-Cebu, said Bello’s statement was against the Labor Code of the Philippines.

“Being unvaccinated is not among the grounds for termination … We must uphold the guarantee of the Constitution of the workers’ right to security of tenure,” he said.

He reminded Bello about Department of Labor and Employment Advisory No. 3 where the “no vaccine, no work” policy was deemed unlawful.

“Last August, Bello even said that if an employee was barred from work because he was not vaccinated, the company must pay the employee for the days that he was not allowed to work,” Paglinawan said.

Early this week, several workers from different establishments reported that they were not paid their salaries because their employers required them to first present their vaccination cards. —With reports from Nestle Semilla, Joey Gabieta, and Karlowe Brier