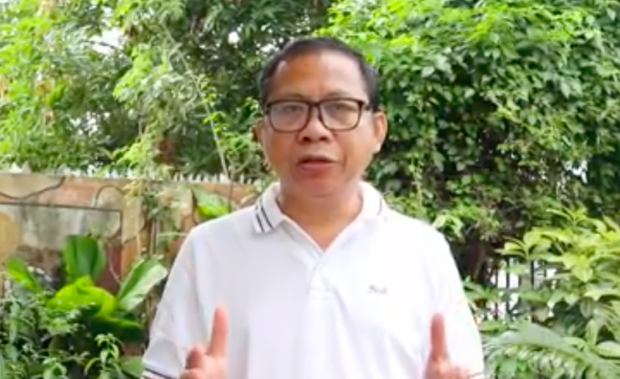 MANILA, Philippines — Labor leader and lawyer Sonny Matula has been chosen to be the 12th candidate in the senatorial lineup of Vice President Leni Robredo for the 2022 national elections.

In a statement on Friday, Robredo said that Matula, who is running as an independent, has a proven track record of fighting for the rights of the Filipino workforce.

(I am happy to announce today that I am supporting for the Senate, the candidacy of Attorney Sonny Matula of Labor Party Philippines.)

(The track record of Attorney Sonny in fighting for the rights of the Filipino workers is clear. He has faced big corporations, with his principles and his legal expertise as his only weapons. He has also pushed for the welfare of the workers — advocacy that I have been fighting for even before entering politics.)

Several considerations were made before Robredo and others arrived at their decision.

Still, she maintained that the last slot on her slate should go to people from the marginalized and progressive sector.

(There were a lot of considerations. We listened to all of the qualms. We talked about the abilities and history of all those who approached us to volunteer, to be included among our ranks.)

(There was a need to analyze their wholeheartedness to commit to our mission. I also said that I want our last senatorial candidate to be from the progressive and marginalized sectors like others who are fighting along with us.)

Matula was one of the names being floated as the possible 12th senatorial candidate under the tandem of Robredo and Senator Francis Pangilinan.  Aside from Matula, a longtime activist and former Bayan Muna Rep. Neri Colmenares was also considered for the post.

Robredo’s decision to pick Matula came after the Alliance of Labor Leaders for Leni (All4Leni) expressed support for Robredo’s platform, and urged her to pick the labor leader to widen the representation in her Senate slate.

Robredo’s decision was critical amid calls for Colmenares to be included in her senatorial slate.

According to Colmenares, they have not named any candidate to support as they have not yet discussed with Robredo her possible platform if she is elected as president.