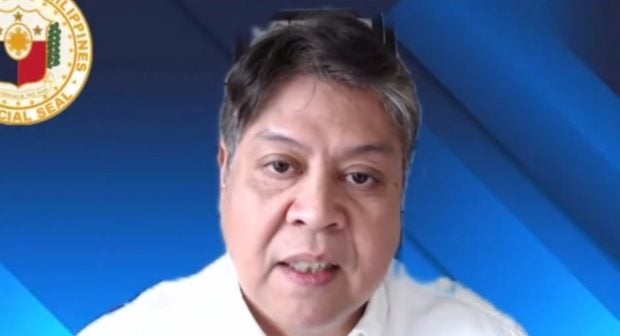 MANILA, Philippines — Encouraged by the “explosion” of support, Senator Francis Pangilinan on Friday said he will not back out from the vice presidential race in next year’s elections.

“We discussed this with the Vice President (Leni Robredo). Wala nang atrasan ito [There’s no backing out],” Pangilinan said in an interview on ABS-CBN News Channel.

Pangilinan said this when asked about his earlier pronouncement that he is willing to give way to a more winnable vice presidential running mate for Robredo.

“As we have seen, bumabaha ang suporta, lumalakas ang ating loob, nakikita nating talagang all out din ang ating mga kababayan…hanggang sa dulo, tuloy tuloy na ito and in the end we will trust in God and our people,” he added.

(As we’ve seen, we have been flooded with support, it’s making us braver, we see that Filipinos are also going all out…until the end, we will push through and in the end we will trust in God and our people.)

Pangilinan said the “explosion” of support from volunteers backing his and Robredo’s bid was among the things that encouraged him to push through.

“These motorcades, for example, in the coming days, this is purely spontaneous, wala kaming inorganisa dito, [we did not organize this]” the senator said.

(The explosion, the support is really what’s pushing us, and we will not back out.)

Pangilinan was also asked about his take on recent pre-elections surveys.

(Let’s wait… The sure winner in September in the last presidential elections, did not win.)

In a surprise move, Pangilinan filed his certificate of candidacy for vice president last October 8 to be Robredo’s running mate in 2022.

Before this, Pangilinan was preparing for a Senate reelection bid.