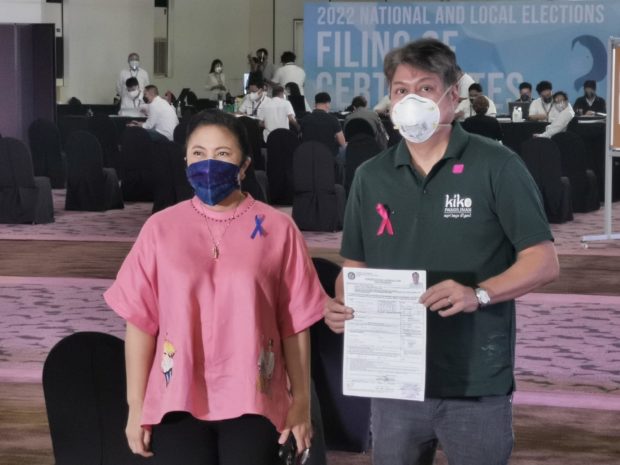 MANILA, Philippines — In a surprising turn of events, Senator Francis “Kiko” Pangilinan lodged on Friday his certificate of candidacy (COC) for vice president in the May 2022 polls.

Pangilinan filed his candidacy at the Harbor Garden Tent of Sofitel hotel in Pasay City as Vice President Leni Robredo’s running mate in the 2022 national elections.

This came after Robredo earlier announced her candidacy for president.

Pangilinan, the current party president of the Liberal Party, is serving his third term in the Senate. He was first elected in 2001, before being reelected in the 2007 polls.

In the latest Pulse Asia survey for most preferred senatorial candidates, Pangilinan was among the 15 who had a “statistical chance of winning.” He garnered a total of 26.8 percent.