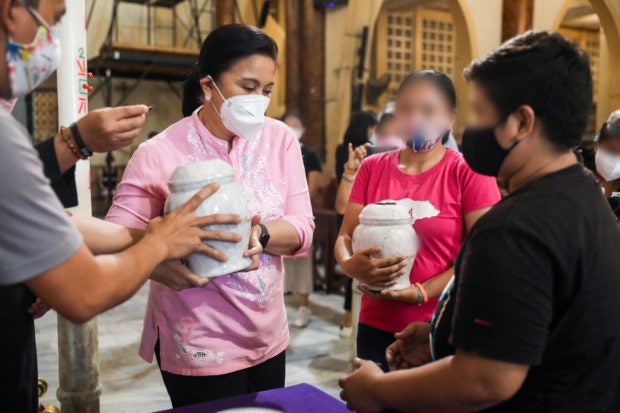 MANILA, Philippines — Vice President Leni Robredo has apologized to the families of “drug war” victims for not being able to stop the killings despite being the country’s second-highest official.

Robredo, during the turnover rites for the cremated remains of drug war victims, said she would ensure that justice would be given to the victims as reparation for what has happened.

(I have already talked to some of you, while we have extended a little help to others. But I would still apologize because even if I am the Vice President, I was not able to bring an end to the killings that happened.)

(Why it happened is also the fault of everybody in the government, because it occurred while we were in office. Perhaps, the most that we could do is to make sure justice is served on the death of your loved ones and make sure that those left behind could somehow have something or someone to lean on.)

The Vice President also said that she knows her words of sympathy may not be enough to ease the suffering and pain of the families since the death of their loved ones was not a mere accident.

(I know that whatever I say here, it would not lessen the pain. As I have said, it has been nine years since my husband died. He was not killed — he died due to an accident, but the weight of the incident, I can still feel it up to now.)

(But maybe the reason why we are doing this even inside the church is to provide some sort of assurance that there is always a reason why things happen. That you will not be neglected, and I hope you stay strong not only for yourselves but because we know that a lot of people depend on you.) 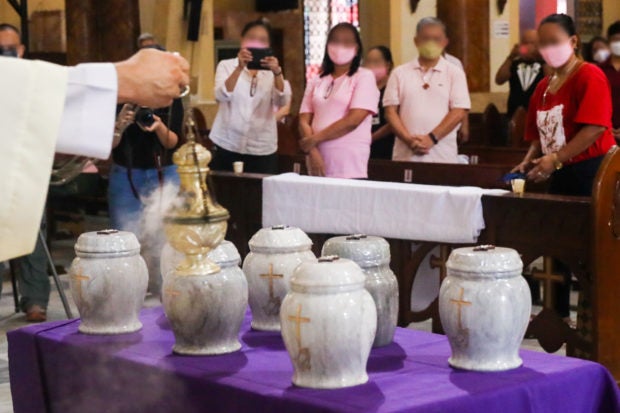 Earlier, volunteer groups from the Society of the Divine Word-JPIC and the Project Paghilom turned over the urns containing the cremated remains of drug war victims.

The groups facilitated the cremation and the purchase of urns after the victims’ five-year lease on their graves expired. Robredo, who was present during the program, promised the victims’ relatives that she and her office will be ready to help them should they need it.

Robredo has been very critical of the administration’s war on drugs, oftentimes calling for a human rights approach into the campaign which has been riddled by accusations of abuses and extrajudicial killings (EJKs).

In October 2019, after a series of criticisms aired on international television, President Rodrigo Duterte grew irate of Robredo and dared her to take over the country’s anti-drug campaign. The following month, the Vice President accepted her appointment – by Duterte – as head of the Inter-Agency Committee Against Illegal Drugs (ICAD).

During her term at the ICAD, Robredo pushed for the scrapping of the Oplan Tokhang, saying the scheme has gained a negative connotation. Tokhang, a term coined by ex-police chief and now Senator Ronald dela Rosa, is a contraction of Visayan words “toktok” which means to knock, and “hangyo” or to plead.

Robredo pointed out that “tokhang” has been deemed synonymous with senseless killings.

But just after 18 days, Duterte decided to fire Robredo as ICAD head for allegedly talking to groups that rebuked the administration — even if she insisted that she only talked with agencies already working with the government.

Duterte is facing a crime against humanity complaint before the International Criminal Court (ICC) for the drug war bloodshed.