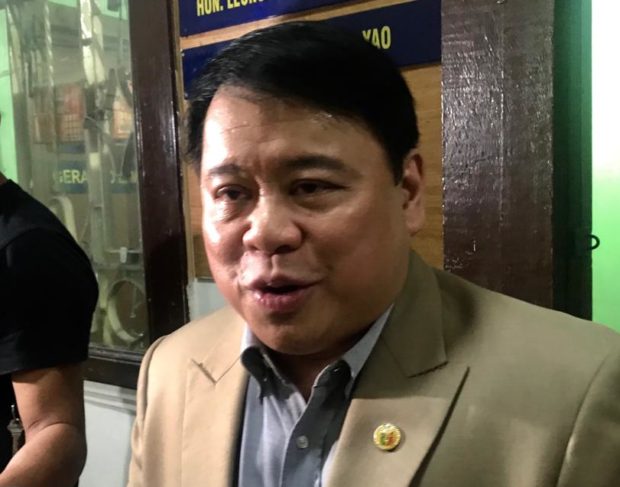 MANILA, Philippines — The legal counsel of an executive from Pharmally Pharmaceutical Corp. on Wednesday questioned the partial findings of the Senate blue ribbon committee, which recommended charges against his client and other personalities as he accused the panel of alleged abuse.

“I would just like to express my concern as to why there is a piecemeal release by the Senate blue ribbon committee of the findings with respect to Pharmally,” lawyer Ferdinand Topacio, the legal counsel of Pharmally director Linconn Ong, said in an online press conference.

“Why are they releasing a piecemeal? Is it because it is election season and they want to milk this affair out of every possible media mileage that they can get out of it?” he added.

“One cannot help but conclude that this inquiry was only done in aid of election, to use a shopworn phrase, and it was done as a demolition job for the current administration and that reinforces is my belief it is nothing but a kangaroo court…it is but a tale told by an idiot full of sound and theory signifying nothing,” he added.

But in the past, even a partial committee report has been endorsed to the Senate plenary. Such was the case when Senator Aquilino “Koko” Pimentel III in 2016 reported a partial report on the probe into corruption allegations against former Vice President Jejomar Binay.

Meanwhile, Topacio said that his client, Ong, should no longer be under Senate detention once a report is released, citing the 2018 Balag vs. Senate blue ribbon committee case.

On Tuesday, Gordon disclosed some of the partial findings of the blue ribbon committee, including the recommendation of possible charges against Ong, other Pharmally executives, former presidential economic adviser Michael Yang and former officials of the Procurement Service of the Department of Budget and Management (PS-DBM).

According to the partial findings, Ong may be liable for perjury, disobedience of Congress-issued summons as well as alleged violation of the Bayanihan to Heal as One Act.

“The Senate is free to make their recommendation if they want, that is the purpose of that Senate hearing. Its purpose is not to pass judgement on whether or not Mr. Ong is already falsely testifying,” Topacio went on.

“Usually Senate reports progress to the appropriate agencies if there are criminal charges to be recommended so why is Sen. Gordon the one interpreting the Senate findings? Why not allow the DOJ (Department of Justice) or the Ombudsman as the case may be or the COA (Commission on Audit) to make its own findings,” he added.

Further, Topacio questioned the supposed lack of proposed legislation as a product of the investigation.

To recall, however, Senator Francis Tolentino filed at least two bills after the Senate blue ribbon panel probe “revealed gaps” in the law.

One of the bills seeks to bar officials designated as officer-in-charge of a government agency from entering into long-term agreements or high-value contracts on behalf of the government.

The other bill, meanwhile, aims to amend the Government Procurement Reform Act to determine whether a government supplier or contractor is financially capable during emergency procurement.

Topacio was also asked about the ordered Senate detention of Pharmally executives and siblings Mohit and Twinkle Dargani after they were cited for contempt over their “refusal” to submit documents earlier subpoenaed by the blue ribbon panel.

While Topacio admitted that he is not the legal counsel of the Dargani siblings, he said the Senate Sergeant-at-Arms has “no authority” to take them into custody since they were not inside the Senate premises at the time they were cited for contempt.

The Senate blue ribbon hearings have been done completely online in observance of the health risks amid the pandemic.

“As of now, I’m not yet part of the [Dargani’s legal] team. This is just a warning as a citizen and as someone  involved in the case because I am already sickened and appalled by the abuse of power being exercised by the BRC (blue ribbon committee),” Topacio added.