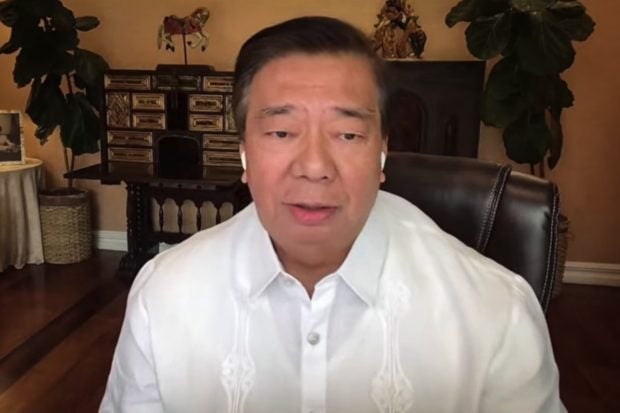 MANILA, Philippines — Senate Minority Leader Franklin Drilon on Monday pressed the state-run Philippine International Trading Corp. (PITC) to return to the Bureau of the Treasury about P2 billion of its funds that were transferred by various government agencies.

Drilon warned the PITC against the prolonged “parking” of funds with the PITC, at a time when “every cent counts” in the fight against the COVID-19 pandemic, which has left millions of Filipinos jobless and hungry.

The senator, however, acknowledged the “accelerated” rate by which the PITC started returning the parked funds, which supposedly began when the Senate started questioning the billions of idled funds with the state-run trading firm.

“So the Senate has some use, after all. When we exposed these shortcomings, the PITC remitted P10.2 billion, and more are coming,” he said, in an apparent retort to criticisms from President Duterte that nothing had come out of its investigations.

“Something good has come out of our activities,” he added.

Drilon clamped down on the PITC as it faced the Senate committee on finance for approval of its 2022 budget.

In response, Christabelle Ebriega, acting president and chief executive officer of PITC, said she would return within the month about P1.97 billion in unused funds that were previously transferred by different government agencies. INQ