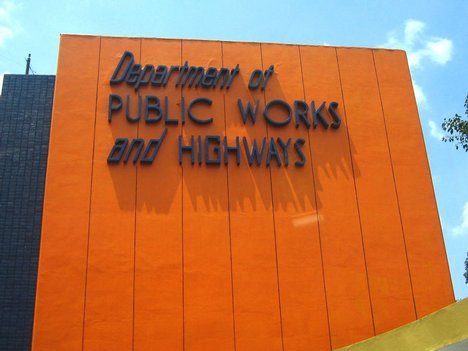 MANILA, Philippines — Only nearly P50 billion tagged as “for later release” (FLR) funds under the Department of Public Works and Highways (DPWH) have so far been released this year, the agency disclosed Tuesday.

This amount is less than one-third of the P158.36 billion FLR funds lodged under the DPWH, according to Senator Imee Marcos.

“As of today, the release is already nearly P50 billion… In short, after approval, it goes to the DBM (Department of Budget and Management) and DBM prepares the SARO (special allotment release order) for release to the DPWH,” Public Works Undersecretary Maria Catalina Cabral told senators.

Cabral said the DPWH has submitted to the DBM all the requirements for the release of the rest of the FLR funds.

“We are constantly following up and we are coordinating with the DBM for the facilitation of the release of the other projects,” Cabral said.

“We have submitted the requirements for almost all the projects classified for later release by the DBM,” she added.

Lawmakers from both the Senate and the House of Representatives have questioned the delayed release of the FLRs, most of which are lodged under the DPWH for infrastructure projects in their respective jurisdictions.

The DBM earlier bared that some P140 billion-worth of FLR funds had been submitted to the Office of the President (OP) for review.

Some lawmakers have questioned the constitutionality of such a move. They said the executive branch would be undermining the congressional power of the purse if it is allowed to withhold or impound appropriations in the national budget.