MANILA, Philippines — The Palace may be accused of using government funds for political purposes if it will continue to withhold the “For Later Release” (FLR) funds in the 2021  national budget, House Deputy Speaker Rufus Rodriguez said Friday.

Rodriguez made the remark after the Department and Management (DBM) bared that some P140 billion in the Department of Public Works and Highways (DPWH) funds tagged as FLR had been submitted to the Office of the President (OP) for review.

These are appropriations introduced by lawmakers in both the Senate and the House of Representatives.

“The Department of Budget and Management has effectively hijacked these funds by withholding them. The President should direct the DBM to immediately release the money,” Rodriguez said in a statement. 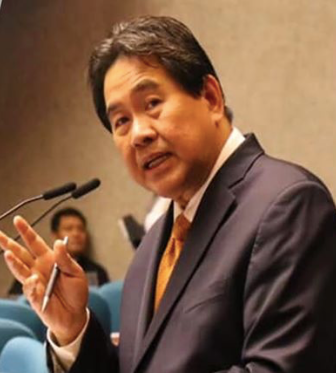 “The President, who has accepted the nomination of the administration party for him to run for vice president in next year’s elections, needs the support of everybody. There should be no favoritism in the release of FLR funds,” he added.

Rodriguez stressed that the release of FLR funds should not be up for Duterte’s approval since the President only categorized it as “FLR” and did not it.

“These are line items in the 2021 budget law or General Appropriations Act, which the House and the Senate approved and which President Duterte signed. The President’s approval is not needed for their release because they are contained in a law,” the legislator pointed out.

He also asserted that the executive branch would be undermining the congressional power of the purse if it is allowed to withhold or impound appropriations in the national budget.

“That would render the exclusive power of Congress to appropriate public funds useless. What is the use of enacting appropriations if Malacañang is given the power of life and death over them?” Rodriguez asked.