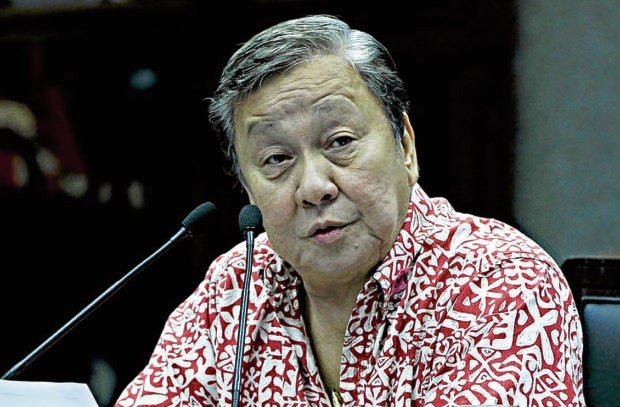 MANILA, Philippines — Vice presidential aspirant and Buhay Party-List Rep. Lito Atienza on Tuesday reminded candidates not to “camouflage” their real stand on the Marcos question, a contentious issue that could make or break a candidate.

“You either like Marcos, or you don’t like Marcos,” Atienza, running mate of presidential aspirant Manny Pacquiao, said over CNN Philippines.

(Let’s face the people with our true appearance, not with a camouflage wearing a different color.)

“You state your piece and your own personal knowledge, and let people decide come election time,” he added.

Atienza, for his part, categorically said that Martial Law “definitely worsened” the situation of our country.

Atienza also noted that there is a “historical revisionism” on late dictator Ferdinand Marcos’ legacy.

“The young get carried away, and the people like me — that’s probably the reason why God allowed me to be one of the players in next year’s elections — para sabihin ko sa taumbayan ang totoong pangyayari sa martial law.

( … so I could say the real situation during the martial law.)

He also shot down Sen. Imee Marcos’ recent statement that martial law happened a “one million years ago,” saying the dark years of history should not be swept under the rug.

“That’s a very recent history, and you are doing everything using your money, to distort history,” Atienza pointed out.

He continued: “Please, it’s part of your historical revision to tell people (to) ‘forget about it.’ We can never forget. We have forgiven, but we will never forget.”

“And I don’t want them back in Malacañang, without even admitting ‘hindi ko na gagawin yung nangyari noong Martial Law.’ Sabihin niyo yan, then you are qualified once again,” he continued.