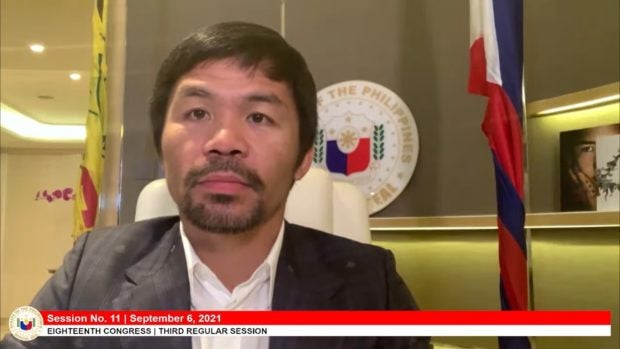 MANILA, Philippines — The Marcos family should return their ill-gotten wealth and apologize for abuses during the presidency of their late patriarch, presidential aspirant and Sen. Manny Pacquiao said Friday.

Pacquiao made the remark as he faces former senator Ferdinand “Bongbong” Marcos Jr., the son of the late president Ferdinand Marcos, for presidency in the 2022 national elections.

(Whatever ill-gotten wealth they have, they should return it to the government because the public is clamoring for it.)

Pacquiao likewise said he is open to review the cases related to the Marcoses’ ill-gotten wealth should he be elected as president. 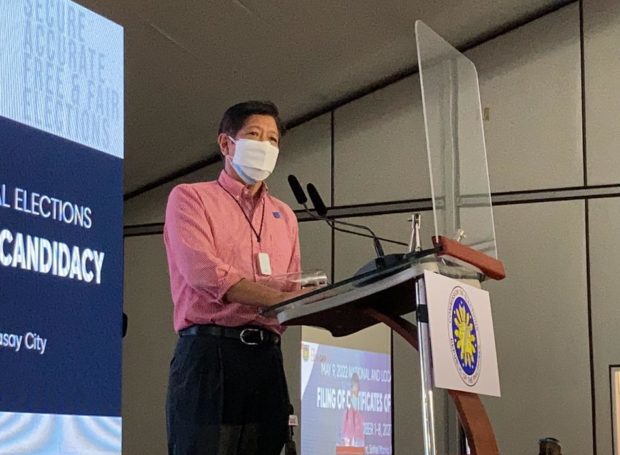 Former Sen. Bongbong Marcos talks to the media after filing his certificate of candidacy for president. (INQUIRER.net / Daniza Fernandez)

Pacquiao also backed calls for the younger Marcos to apologize over the supposed abuses during the regime of his late father, former president Ferdinand E. Marcos.

“Sang-ayon ako dyan dahil kailangan kung nagkamali ka, marunong kang humingi ng patawad (I agree with it because if you made a mistake, you should know how to apologize),” Pacquiao said.

(It is not right for him to say that he did not know the events during the time of his father… He cannot say he does not know anything.)

INQUIRER.net has reached out to Marcos and his spokesperson for a comment Pacquiao’s remarks.