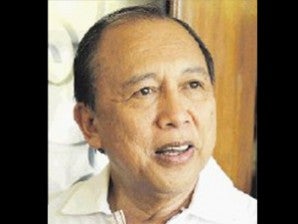 What is a lawyer of the Philippine Airlines Employees’ Association (Palea) doing in the impeachment trial of Chief Justice Renato Corona?

House Minority Leader Danilo Suarez and Valenzuela City Representative Magtanggol Gunigundo on Wednesday said it was “inappropriate” for the House prosecution team to have taken Palea lawyer Marlon Manuel as one of its private counsel.

On Tuesday, Manuel was supposed to present Philippine Airlines (PAL) vice president for sales Enrique Javier as a prosecution witness for Article 3 of the impeachment case, but  Senate President Juan Ponce Enrile blocked the move.

Suarez said the prosecution should have been more discriminating in choosing its private counsel especially those who have other motives in ousting Corona.

Suarez said the House prosecution team should have not allowed the impeachment trial to be used by groups wanting to get back at Corona.

“I think the senators made the correct decision not to continue with the testimony for Article 3,” Suarez said.

Gunigundo said that while there was nothing illegal with Manuel joining the House prosecution team, he said it was improper for a lawyer to be arguing a case in the impeachment court in which he has a vested interest.

Palea has long opposed the outsourcing plan of PAL to survive the turbulent conditions in the airline industry.

Palea was denied four times by the Department of Labor and Employment and the Office of the President in its appeal to block the layoff of 2,300 Palea members from the airline’s ground handling and catering at the call center reservations departments.