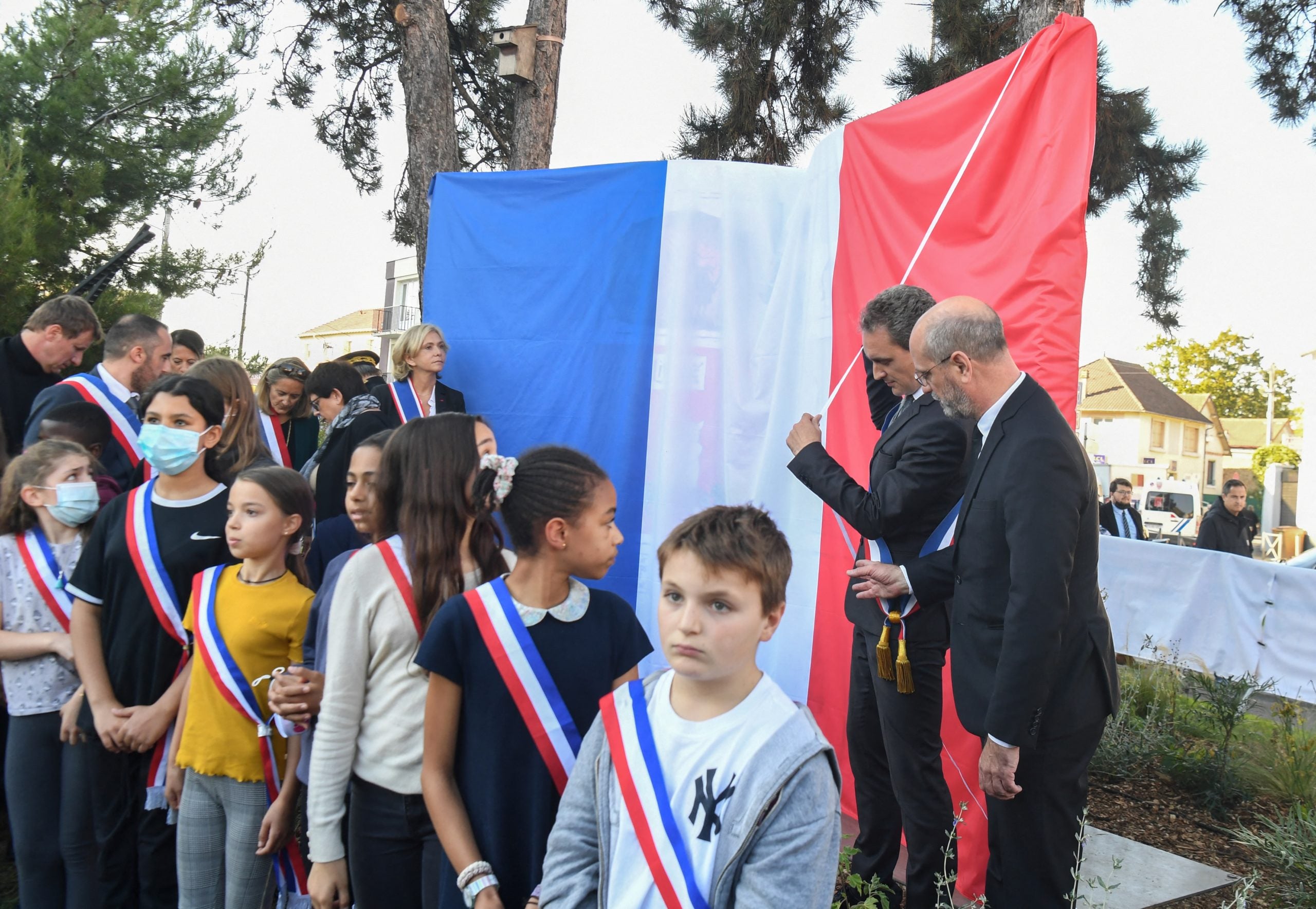 PARIS — France paid tribute to schoolteacher Samuel Paty on Saturday, one year after he was beheaded by an extremist after showing his class cartoons of the Muslim prophet Mohammed.

Paty, 47, was stabbed and then decapitated after leaving the middle school where he taught history and geography in the tranquil Paris suburb of Conflans-Sainte-Honorine on the evening of October 16, 2020.

Paty’s violent death stunned the French. Educators saw it as an attack on the core values teachers have taught generations of schoolchildren, including the separation of church and state and the right to blaspheme.

“Nothing could be worse than forgetting,” Castex said.

“Samuel Paty was a victim of Islamist terrorism and human cowardice.”

Castex unveiled a plaque at the entrance to the Education Ministry that read: “Homage to Samuel Paty… Murdered by an Islamic terrorist for teaching and defending the values of the Republic, including freedom of expression.”

Paying tribute to Paty was also a way to support the republican project, Castex said, “the most promising bulwark against all barbarities”.

One former colleague, paying tribute, recalled how Paty would sometimes conduct “philosophical debates on freedom, his Star Wars mug in his hand”.

Other tributes took place at the school where Paty taught in Conflans-Sainte-Honorine. About one thousand people, including his former colleagues and students, attended the unveiling of a monument in his honor, in the form of a book.

There were ceremonies too in his hometown Eragny-sur-Oise on the outskirts of Paris and at the Elysee Palace.

The Twitter feed of French President Emmanuel Macron showed a montage of the different ceremonies, with extracts of the tributes paid to him by his colleagues and by Macron.

A square facing the Sorbonne University in the capital’s Latin Quarter is to be named after Paty.

Schools in at least three towns have already been named after him, including in the multi-ethnic eastern Paris suburb of Valenton.

Coming in the wake of other attacks blamed on Islamist extremists, the anniversary of Paty’s death has reignited debate over integration and immigration in France’s officially secular society as the country heads to 2022 presidential polls.

Paty’s killer, 18-year-old Chechen refugee Abdullakh Anzorov, said the attack was revenge for Paty having shown his class cartoons of Mohammed printed in the virulently anti-religion magazine Charlie Hebdo during a lesson on free speech.

The lesson infuriated some parents and set off a social media fury fraught with rumours and falsehoods about what had been taught.

Paty’s killing prompted an outpouring of emotion in France, with tens of thousands taking part in rallies countrywide in defense of free speech.

But French President Macron sparked a backlash when he vowed the country “will not give up cartoons”, sparking counterprotests in some Muslim-majority countries, including Turkey, Libya and Tunisia.