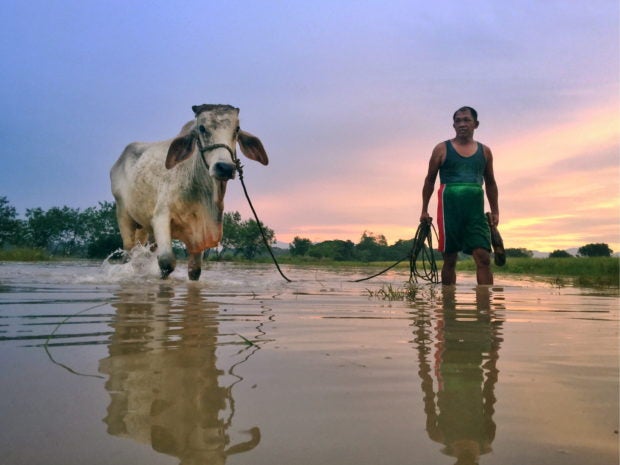 MANILA, Philippines — The state weather bureau on Friday announced the onset of La Niña, which in the past had magnified the effects of extreme weather in the country.

In its first La Niña advisory this year, the Philippine Atmospheric, Geophysical and Astronomical Services Administration (Pagasa) said that recent oceanic and atmospheric conditions indicated that the weather phenomenon had developed in the tropical Pacific.

La Niña is characterized by unusually cooler than average sea surface temperature, and associated with above-normal rainfall conditions across most areas of the country during the last quarter of the year and early months of the following year.

Pagasa said the sea surface temperatures in the central and equatorial Pacific started to cool in July, and the temperature further dropped in September, when the likelihood that La Niña would occur increased to 70 percent.

“These past few months, signs of emerging La Niña were not only observed in the tropical Pacific but also manifested in the Philippine climate, especially in the wind and rainfall pattern, and recently, some extreme rainfall events in this first half of October, which were associated with Severe Tropical Storm ‘Maring’ (international name: Kompasu),” Pagasa said.

It said La Niña was likely to persist until the first quarter of 2022.

Also on Friday, Pagasa announced that the southwest monsoon, or “habagat,” was officially over.

“This means that the season in the Philippines is now in the process of transition, which will lead to the gradual onset and progression of the northeast monsoon (‘amihan’) in the coming weeks,” the weather bureau said in a separate advisory.

It said weathermen would continue to monitor La Niña, as past La Niña events had brought adverse impacts, such as floods, flash floods, and landslides that naturally occurred during the northeast monsoon season.

“These events magnified by La Niña have brought so much devastation in agriculture and infrastructure, and had even taken plenty of lives,” said Esperanza Cayanan, deputy administrator for research and development of Pagasa.

In 2020, La Niña worsened the effects of Typhoon “Rolly” (Goni) in October and Typhoon “Ulysses” (Vamco) in November, which devastated the Visayas and Northern Luzon, respectively.

Cayanan said severe flooding and landslides in Mindanao in January 2009 could also be attributed to La Niña, as well as the massive landslide in Guinsaugon, Leyte, on Feb. 17, 2006.

The Guinsaugon incident took place after a 10-day period of heavy rain and a minor earthquake, and claimed 1,126 lives.

Pagasa advised the public and all concerned government agencies to take precautionary measures to mitigate the potential impacts of La Niña.

Government estimates put at P82 billion the damage to infrastructure and agriculture inflicted by five typhoons magnified by La Niña toward the end of last year.