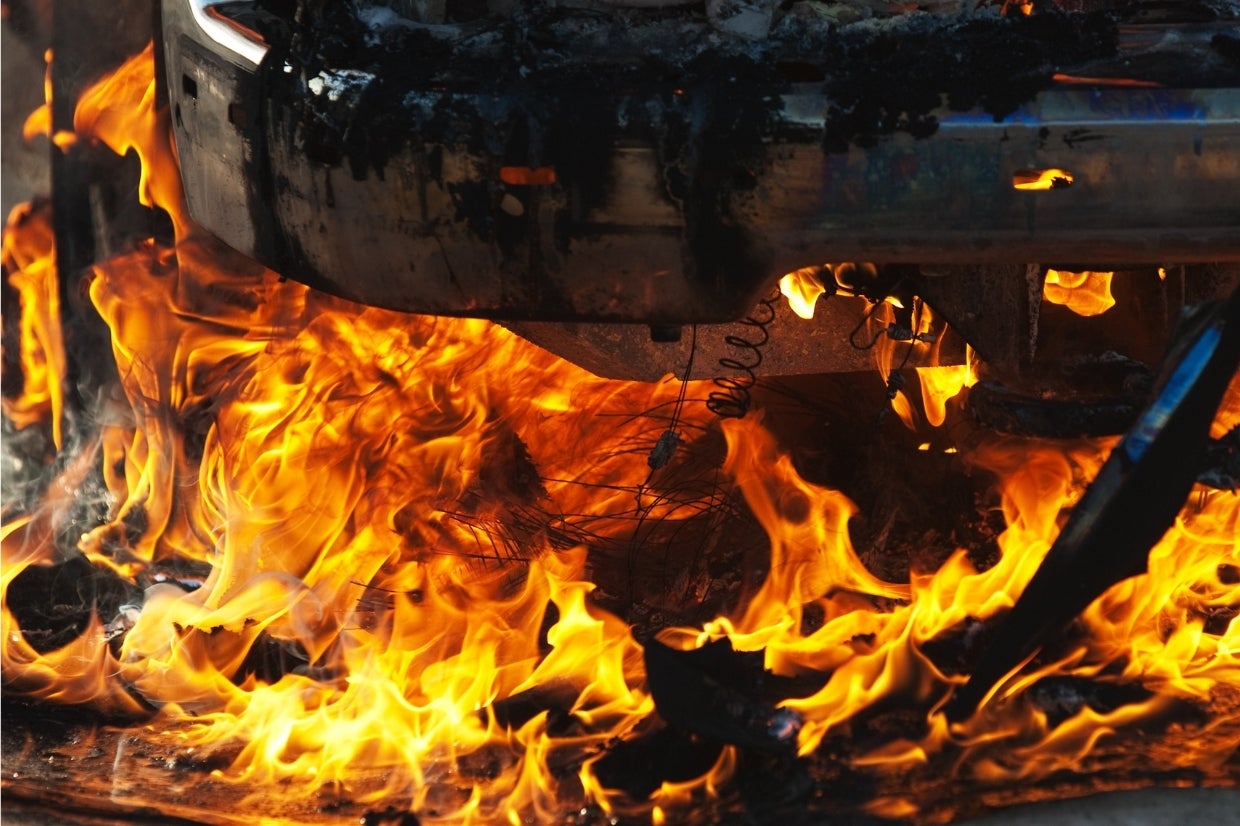 BACOLOD CITY––A helper died after a truck loaded with fuel went up in flames Tuesday morning at the Umapog Bridge in Barangay Luna, Cadiz City.

The victim, identified only as Romnick, 20, of Sagay City, Negros Occidental, was burned to death, said FO1 Jerald Bugtong of the Cadiz Fire Station.

Romnick served as the truck helper.

The driver John Vincent Recto, 25, suffered second and third-degree burns. He was rushed to the Cadiz Emergency Clinic for treatment.

The investigation showed that the truck hit the steel railing of the bridge, fell on its side, and went up in flames.

The Cadiz City Disaster Risk Reduction Management Office reported on its Facebook page that the truck was loaded with fuel to be delivered to Molocaboc Island in Sagay City.