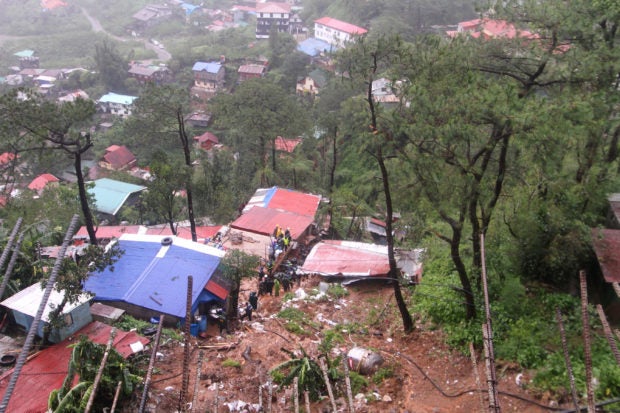 BAGUIO CITY––Rescue personnel on Wednesday retrieved the bodies of the two girls trapped inside their house that was buried in a landslide Monday at the height of Severe Tropical Storm “Maring” (Kompasu).

The two were granddaughters of Alfredo Ocampo, who died in the landslide that hit their house in Barangay Dominican Hill-Mirador. Alfredo’s body was retrieved on Tuesday.

At least ten landslides were reported in the city after the unusually heavy rains dumped by Maring. Inquirer Northern Luzon INQ