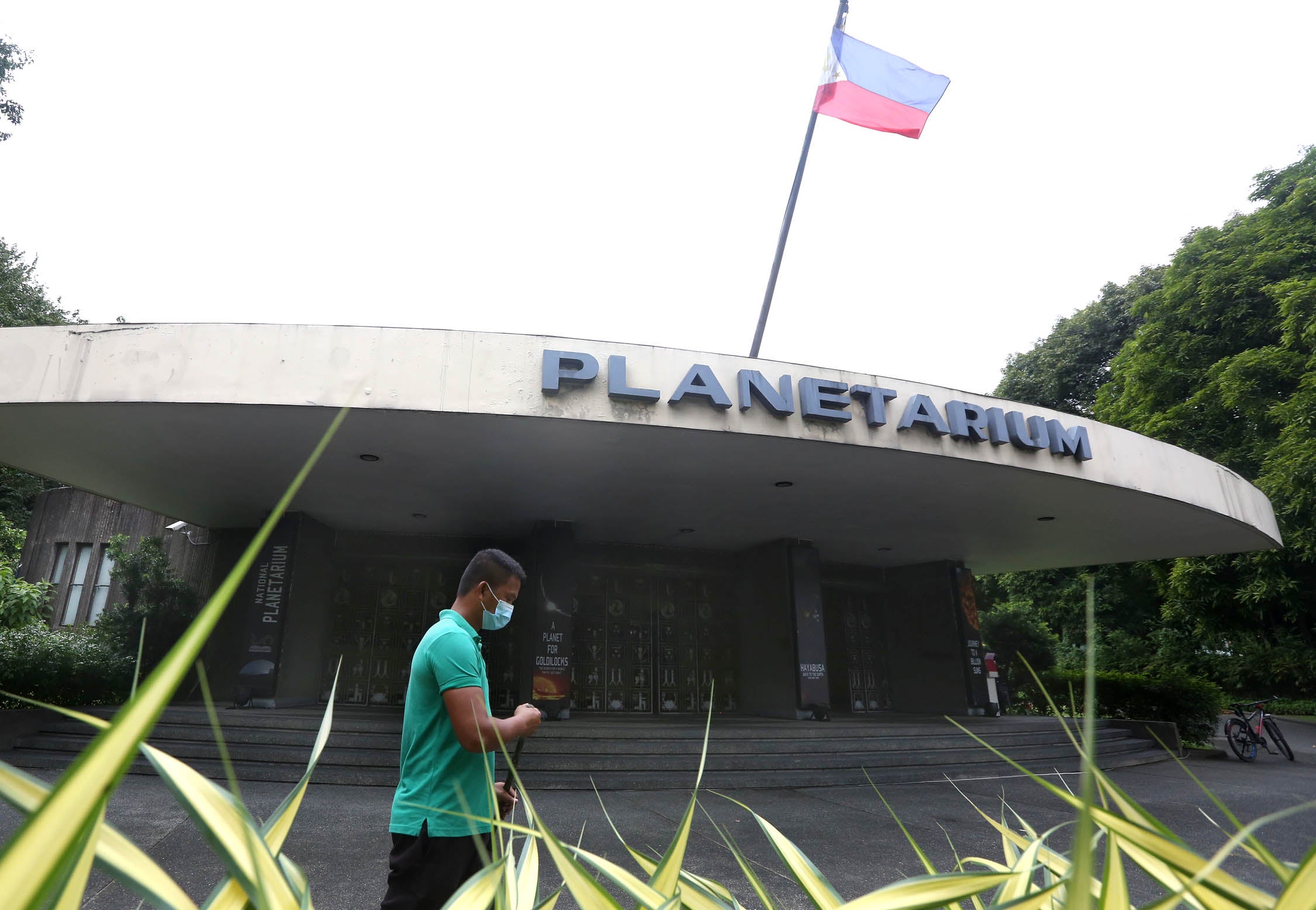 A maintenance worker sweeps the grounds of the 46-year-old National Planetarium at the Luneta Park in Manila on Tuesday, as it is bought to a close to make way for development plans for a proposed National Museum Complex. Inaugurated in 1975, the historic landmark is popular for educational field trips featuring projections of the solar system and astronomy.
INQUIRER/ MARIANNE BERMUDEZ

MANILA, Philippines — The National Planetarium Museum, a staple on the field trip itinerary of schoolchildren since 1975, has been “temporarily” closed and its landmark building “retired.”

The National Museum of the Philippines, which operates the planetarium and three other major museums in Manila, announced on its Facebook page on Monday that plans are currently “at the development stage” to “breathe new life” to the planetarium, whose bright white dome stands out along Padre Burgos Avenue in Rizal Park, Manila.

“There are times in the life of a beloved institution where a long chapter has to be brought to a close in order to start a new one, for a new contemporary world and a new set of generations of Filipinos,” the National Museum said.

“Thus it is, with a measure of sadness, fondness and nostalgia—but also with anticipation and excitement for its future, that we announce the temporary closure of the (planetarium) as an institution and the decommissioning of its 46- year-old premises,” it added.

The National Museum said the decommissioning is part of the National Parks and Development Committee’s plans to overhaul the central and western sections of Rizal Park where three other major museums are located.

So far, the National Museum of Fine Arts has already repurposed the old Senate building at the corner of Padre Burgos and Taft Avenues. Reestablished after the Edsa People Power Revolution, the Senate held sessions there from 1987 to 1995.

Museum officials said they were “sad to retire the old (planetarium) building” but also “excited and motivated to work to deliver a new facility that will breathe new life into the National Planetarium as a beloved institution.”

One of the priority projects of then-first lady Imelda Marcos, construction of the structure designed by Federico Ilustre began in 1974. Once considered the biggest in Southeast Asia, the planetarium formally opened on Oct. 8, 1975, with a seating capacity of 310.

In January 2019, the planetarium opened the newly renovated ethnoastronomy and space science gallery. After pandemic restrictions shuttered museums last year, it could only reopen its exhibition hall in July, with visitors limited to 20 at a time per 30-minute session. —REPORTS FROM Cathy CaÑares Yamsuan and Kathleen de Villa, Inquirer Research