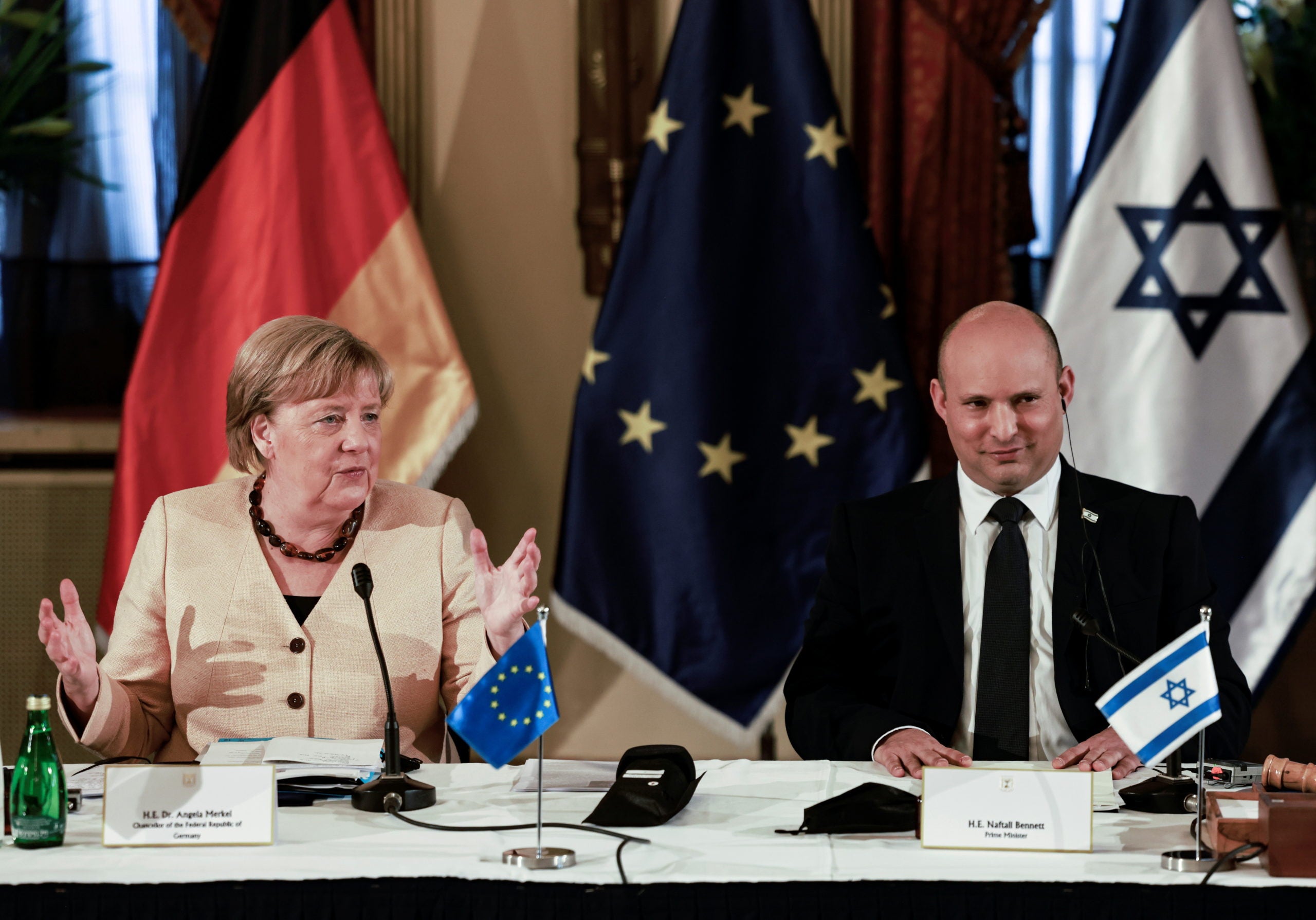 JERUSALEM — Outgoing German Chancellor Angela Merkel stood on Sunday in Jerusalem with her head bowed over the buried ashes of Jews killed in Nazi death camps, and pledged Germany would preserve a post-Holocaust commitment to Israel’s security.

Merkel, on her eighth and final visit to Israel as she concludes her 16-year term, earlier held talks with Prime Minister Naftali Bennett, whose opposition to Palestinian statehood is at odds with Western powers including Germany.

Commenting on what Israel sees as an issue crucial to its security, Merkel said the coming weeks would be decisive for the future of a nuclear deal with Iran.

Germany has been a leading postwar European ally of Israel and Merkel has sought to cultivate security and economic ties, though she has differed with Israel on policies concerning the Palestinians and Iran.

“I want to use this opportunity to emphasize that the topic of Israel’s security will always be of central importance and a central topic of every German government,” she told Bennett at a private meeting, according to a transcript issued by his office.

Attending a later session of Bennett’s cabinet, Merkel said “the history of the Shoah (Holocaust) is a singular event for which we continue to bear responsibility in every phase of history, including in the future”.

At Yad Vashem, Israel’s memorial to the six million Jews killed by the Nazis during World War Two, Merkel rekindled an eternal flame in its Hall of Remembrance.

She then placed a wreath on a slab under which ashes from extermination camps, death camps, and other killing fields are buried, and stood in silence, her head bowed.

Speaking outside the chamber, Merkel pointed to a resurgence of Jewish life in Germany, calling it “an expression of trust (that) compels us to stand up with determination against anti-Semitism, hatred and violence every day anew”.

Bennett, a nationalist who leads a cross-partisan coalition, said Merkel has served as a “moral compass” for Europeans at times divided over Middle East conflicts.

“We sometimes disagree on questions such as whether there should be a two-state solution with the Palestinians,” Merkel told Bennett’s cabinet. “But we agree, I think, that there must always be a vision of a lasting democratic Jewish State of Israel.”

Merkel, 67, plans to step down once a new government is formed.