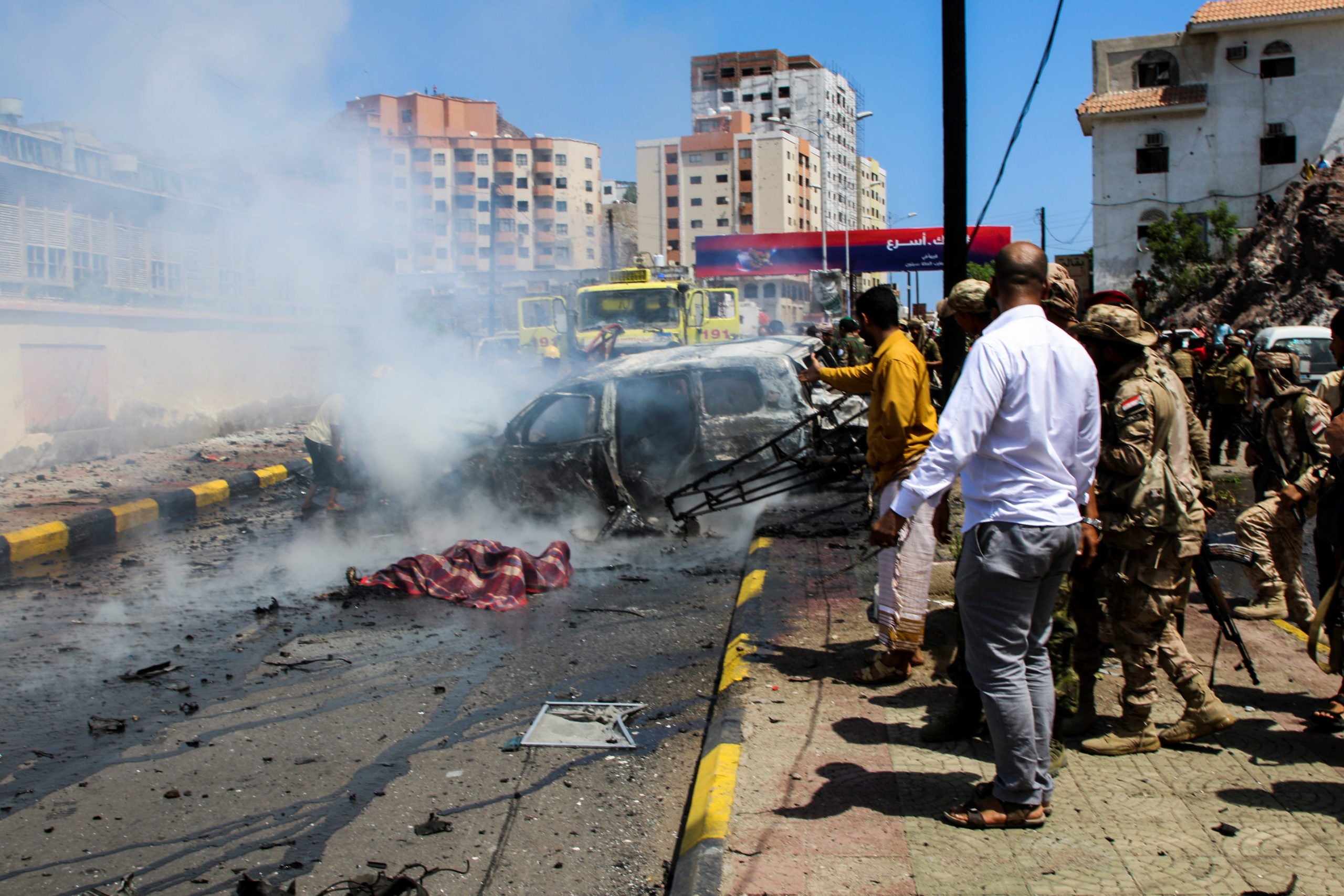 People look at bodies of dead people covered with a blanket at the scene of a blast in Aden, Yemen, October 10, 2021. REUTERS/FAWAZ SALMAN

Killed in the attack were the governor’s press secretary and his photographer, the head of his security detail and a fourth companion as well as a civilian bystander, a local government source said.

A body covered with a blanket lay on the street next to a charred vehicle in al-Tawahi district, which houses the headquarters of the separatist Southern Transitional Council (STC). Firefighters and police were deployed to the area.

Lamlas is secretary-general of the STC, which has vied with the Saudi-backed government for control of Aden and Yemen’s wider south. STC has also seen infighting among its ranks.

Information Minister Moammar Al-Eryani said the attack sought to destabilize government-held areas and stressed the need to fully implement a Saudi-brokered pact aimed at ending a power struggle in the south.

The government and the STC are nominal allies under a coalition led by Saudi Arabia which has been battling the Iran-aligned Houthi movement.

Tensions have simmered following a deal that saw a new cabinet formed including STC members. A planned redeployment of troops from both sides outside Aden has yet to materialize.

Instability in the south complicates United Nations-led peace efforts to end the war in Yemen which has killed tens of thousands of people and left 80% of the population needing help.

The coalition intervened in Yemen in March 2015 after the Houthis ousted the government from the capital Sanaa, forcing it to rebase in the south. The Houthis hold most of the north.