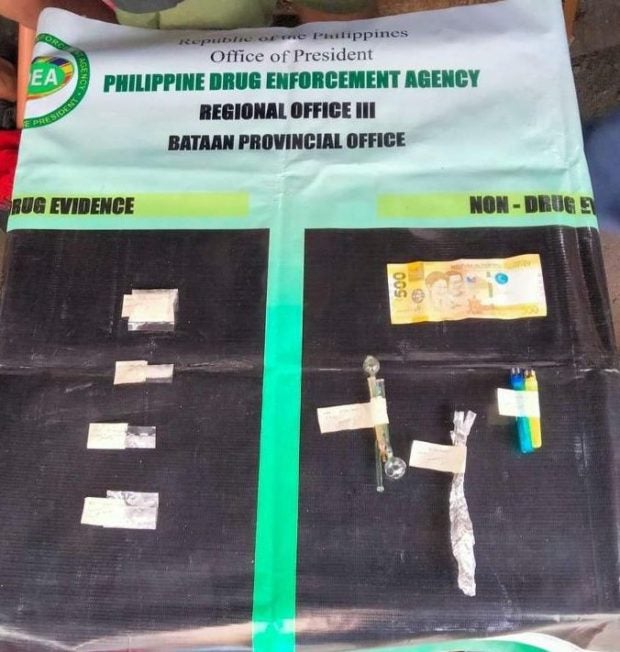 MABALACAT CITY, Pampanga––Nine people were arrested, while some P170,000 worth of “shabu” (crystal meth) was seized from two alleged drug dens in Dau village in this city, the Philippine Drug Enforcement Agency-Region 3 (PDEA-3) said Thursday, Oct. 7.

In a statement, PDEA-3 director Bryan Babang said five suspects were initially arrested Wednesday inside one of the alleged drug dens where agents seized five sachets of shabu weighing 13 grams worth P88,400 in the street market.

He said an undercover PDEA agent acted as a drug user and managed to buy a sachet of shabu from one of the arrested suspects.

He said the arrested suspects face charges of violating the Comprehensive Dangerous Drugs Act of 2002. The two minors would be handed over to the local government’s social welfare development office. INQ