Senators unfazed by jail threat from ‘self-destructing’ Duterte: ‘He is not King’ | Inquirer News

Senators unfazed by jail threat from ‘self-destructing’ Duterte: ‘He is not King’ 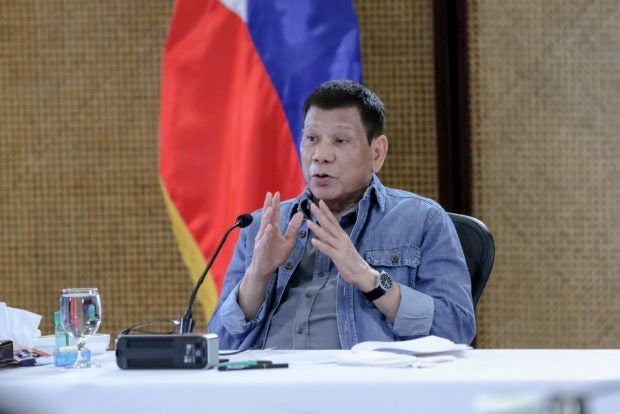 MANILA, Philippines — Several senators were unfazed by President Rodrigo Duterte’s threat that he would jail them if they cite his Cabinet officials for contempt in an ongoing probe, saying the Chief Executive has no power to do so.

In a public address aired late Wednesday, Duterte threatened to have senators jailed if they would cite Cabinet members for contempt during its probe into the government’s pandemic-related purchases.

READ:Duterte threatens to jail senators if they cite Cabinet execs for contempt

“The President, being a lawyer, should know that he does not have the power to jail senators for doing our constitutional duties. His orders are flatly illegal and unconstitutional,” Senator Risa Hontiveros said in a statement on Thursday.

She added that the Senate is not obligated to stop its investigation if it merely offends the President, stressing that the executive and the legislature are co-equal branches of government.

“Last time I checked, we are in a democracy…The Senate has no obligation to stop its investigations just because the president feels offended. He is President Duterte, not King Duterte,” she said.

Hontiveros also questioned why the President would be willing to issue “illegal orders and drag the country into a constitutional crisis, just to protect a favored company and a few public officials.”

Senator Panfilo Lacson likewise pointed out that only courts can issue an arrest warrant under the rule of law or under Rule 113 of the Rules of Court.

“Under Section 5, even a warrantless arrest or citizen’s arrest has clearly defined circumstances. The President is a lawyer. He should know his law,” Lacson added.

(We know he will not and cannot do that, he can’t just have anyone arrested, senator or not.)

(He will have senators arrested if his officials are cited for contempt? This President has really gone crazy.)

He’s self-destructing, out of sheer desperation.

(His ego has gotten into his head. Drunk with power. He’s self-destructing, out of sheer desperation.)

The Senate has been receiving backlash from Duterte as the chamber’s blue ribbon committee continues to look into the government’s pandemic supply transactions.

The investigation was triggered by a Commission on Audit report flagging “deficiencies” in the Department of Health’s use of its pandemic funds worth over P67 billion.

Earlier, the Office of the President issued a memorandum barring Cabinet secretaries and other executive officials to attend the blue ribbon probe.

In a budget hearing, Justice Secretary Menardo Guevarra recently told senators that he was willing to resolve the conflict between Malacañang and the upper chamber over the ongoing investigation.