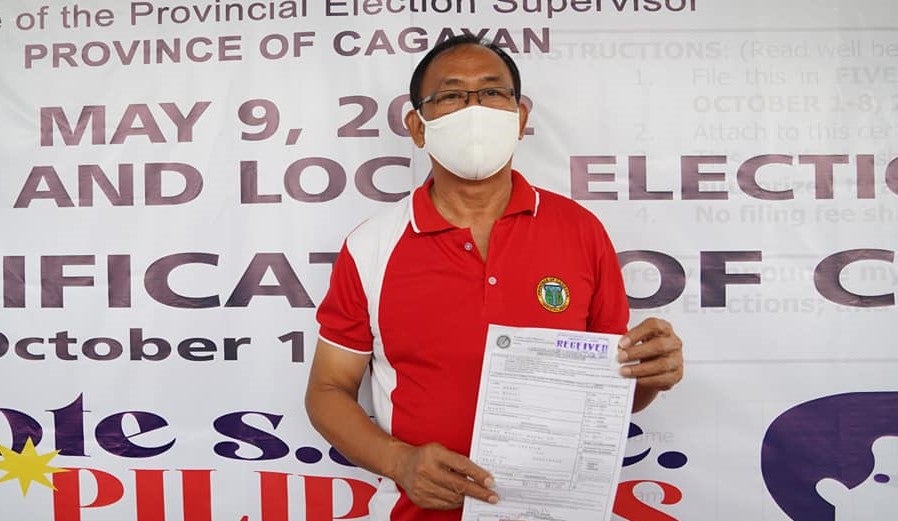 TUGUEGARAO CITY—Cagayan Gov. Manuel Mamba has filed his certificate of candidacy for reelection on Thursday, hoping to complete his third and last term.

Running under the Nacionalista Party, Mamba is teaming up with his nephew, Francisco Mamba III, who will run for vice governor.

The governor did not get his certificate of nomination from his erstwhile party, PDP-Laban-Cusi wing, as his rival, Rep. Joseph Lara, is the regional chair of the said group.

Manuel will slug it out against a fellow physician, Dra. Zarah Lara, wife of Rep. Lara.

He said he would continue his programs under the  Cagayan Development Agenda, which started in 2016, as well as the “No Barangay, No Town Left Behind” and the Cagayan River restoration project among others.