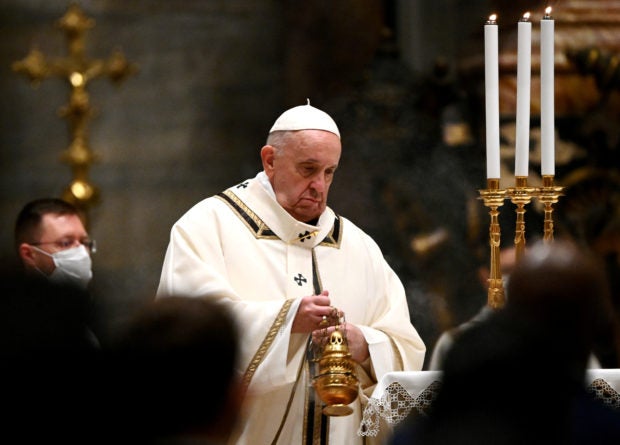 VATICAN CITY — Pope Francis on Wednesday expressed personal shame at the sexual abuse of children by French Catholic clergy, after the scale of the problem was laid bare in a devastating report.

An independent commission on Tuesday revealed that French Catholic clergy had sexually abused around 216,000 youngsters since 1950 — and covered it up with a “veil of silence”.

The Catholic Church continues to face huge numbers of abuse claims and prosecutions across the world, and the issue has been one of the biggest challenges for Francis since his election in 2013.

“I wish to express to the victims my sadness and pain for the trauma they have suffered,” the pope said during his weekly audience at the Vatican.

“And also my shame, our shame, my shame for the inability of the Church for too long to put them at the centre of its concerns.”

Francis has declared an end to impunity and changed Vatican law to make reporting abuse mandatory, but  victims have warned it is not enough.

On Wednesday, the Argentine urged the clergy to keep working to ensure such situations were not repeated, offering support to French priests to face up to “this trial that is hard but healthy”.

The pontiff, who prayed with four French bishops before the audience, invited French Catholics to “assume their responsibilities to ensure that the Church is a safe home for all”.

Meanwhile French President Emmanuel Macron praised the Church for facing up to the issue.

“I hope that this work can continue in a clear-sighted and calm manner,” he told reporters at an EU meeting in Slovenia on Wednesday.

“There is a need for truth and reparation,” he said.

– ‘Cruel indifference’ –
Following years of work, the 2,500-page report Tuesday found that the “vast majority” of victims were pre-adolescent boys and their abusers were mainly priests, bishops, deacons and monks.

When claims against lay members of the Church such as teachers are included, the number of  victims climbs to 330,000 since 1950, the report found.

“Until the early 2000s, the Catholic Church showed a profound and even cruel indifference towards the victims,” commission chief Jean-Marc Sauve told a press conference Tuesday.

Archbishop Eric de Moulins-Beaufort, president of the Bishops’ Conference of France (CEF), which co-requested the report, expressed his “shame and horror” at the findings.

“My wish today is to ask forgiveness from each of you,” he told the news conference.

His message was echoed Wednesday by Cardinal Sean Patrick O’Malley, head of the pope’s commission for the protection of minors, who offered “our profound sorrow and humbly ask forgiveness”.

“There remains a long road ahead of us in confronting abuse in our Church and in society at large. We will not tire in walking this journey,” he said.

– Pope’s efforts –
Sauve had previously told AFP that a “minimum estimate” of 2,900 to 3,200 clergy had sexually abused children in the French Church since 1950.

Yet only a handful of cases prompted disciplinary action under canonical law, let alone criminal prosecution.

Francis has vowed repeatedly to tackle the problem across the worldwide Catholic Church.

In February 2019, he gathered senior clergy for an unprecedented global summit that heard devastating testimony from victims.

Francis promised an “all-out battle” against child abuse, which he compared to human sacrifice.

Later that year, he made it compulsory to report any suspicions of sexual assault of harassment to the Church authorities — and to report any attempt to cover up abuse.

He also made complaints, testimonies and documents from internal Church trials available to lay courts, with victims able to access their files and any judgments.

In June this year, the Catholic Church updated its criminal code for the first time in nearly 40 years with an explicit mention of sexual abuse by priests against minors and disabled people.

However, victims are angry that clergy are still not obliged to report abuse to civil authorities under Church codes, and anything said in the confessional box remains sacrosanct.