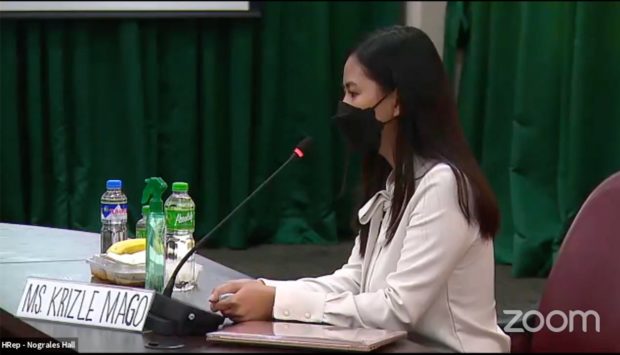 MANILA, Philippines — As a key Senate witness resurfaced in a House hearing Monday, Sagip Partylist Rep. Rodante Marcoleta likened the ongoing investigation in the upper chamber to interrogation or prosecution done by the military, law enforcement units and intelligence officers.

“It was actually, in my view, not an investigation in aid of legislation but it seems to me it was an interrogation similar to the questioning employed by the military establishment, law enforcement officers, even intelligence agencies… These are the means employed in exacting information by said agencies and groups,” Marcoleta said during the House hearing on the  government’s procurement of pandemic supplies last year.

“You ended up publicly humiliated, you ended up like you were an accused… It was not the proper investigation in aid of legislation as enunciated in the Constitution, but it was an interrogation, it was prosecution actually, did you notice that?” he asked Pharmally Pharmaceutical Corp. official Krizle Mago, to which she answered in the affirmative.

A week after her last appearance before the Senate blue ribbon committee on Sept 24, Mago sought protective custody from the House of Representatives, saying this would help her to “speak freely without unnecessary compulsion from anyone.”

Before breaking contact with the Senate, Mago admitted in a Blue Ribbon panel hearing that Pharmally might have “swindled” the government by changing the expiration dates on the face shields it delivered.

During Monday’s House hearing, Mago backtracked and said her testimony in the Senate was a “pressured response.”

(We are concerned, Ms. Mago. We want to remove that kind of environment, we don’t want you to face us scared, that you are being intimidated.)

(We want to know, in attending this hearing, are you still feeling that or do you feel better?)

In response, Mago said she feels better in answering questions before the House.

Mago also answered in the affirmative when asked by Marcoleta if she no longer felt pressured or under “undue influence” in participating in the House hearing.

“This committee never bludgeon  or traumatize witnesses, gusto namin malaya at boluntaryo ang pagsagot sa mga itatanong namin [we want you to be able to speak freely in answering our questions],” Marcoleta said.

Mago is now under the protective custody of the lower chamber and is staying in a secure location within the House complex.