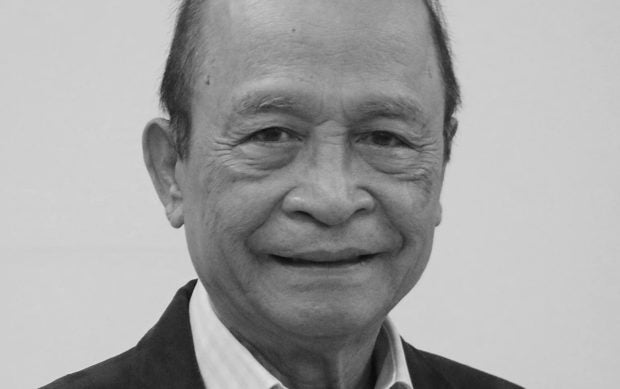 Mercene took the iconic photo of the bloodied body of former Senator Benigno “Ninoy” Aquino Jr. on the tarmac.

According to BusinessMirror, Mercene was being prepped to be released from confinement as he was in hospital since September 7 after falling and bumping his head.

Initially, he was confined due to subarachnoid hemorrhage and later on, due to recurring fever and some troubling indicators.

Two weeks later, tests showed that his cancer is spreading in his bone marrow in an advanced stage. He was then set to receive palliative care at home.

Mercene died in his sleep on Saturday, 3 p.m., his youngest child Danica said.

Before his career in journalism, Mercene was an air traffic controller and private pilot for 18 years, BusinessMirror shared.

BusinessMirror said Mercene has spent almost 60 years “soaring and roaming, in various incarnations of a traveler.”

“The man who spent nearly six decades soaring and roaming, in various incarnations of a traveler – first, as private pilot and air traffic controller, then as aviation reporter and photojournalist, and then as diplomatic and foreign affairs reporter – has gone on to the sky with no limits, where air traffic needs no controls and airplanes never have to take off or land. Fly high, idol, legend, role model for young journalists, friend of thousands, and advocate for ordinary folk – you are Philippine journalism’s irreplaceable treasure,” BusinessMirror said.

Meanwhile, the Department of Foreign Affairs (DFA) condoled with the bereaved family and friends of Mercene.

“The Office of Public and Cultural Diplomacy (OPCD) of the Department of Foreign Affairs extends its deepest condolences to the family and friends of Mr. Recto Mercene, one of the most highly regarded and well-respected members of the DFA Press Corps, who passed away yesterday afternoon,” the agency said in a statement.

“As a photojournalist, Recto told the story of our country’s history as he captured, with courage, skill, and artistry, some of its pivotal moments. The DFA-OPCD takes pride in having worked with a veteran photojournalist who remained humble, sincere and professional — a fair and good friend to those who became the Department’s spokespersons and to the Department as a whole,” it added.