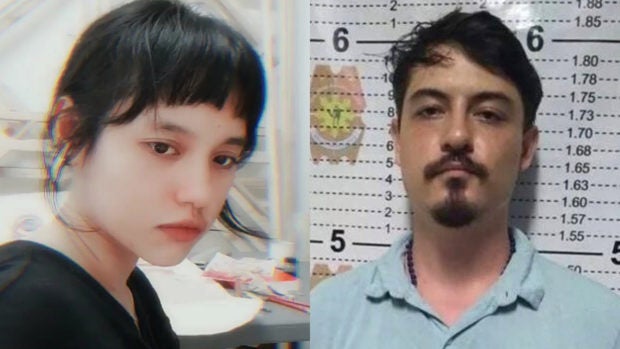 DAVAO CITY—The family of the artist Bree Jonson felt insulted by the suggestion of the city government here to avail of the city’s funeral assistance when all they wanted was for President Duterte to act swiftly in the arrest of Julian Ongpin, son of business tycoon Roberto Ongpin, for the 12.6 grams of cocaine found in his possession.

Although the President earlier issued a statement calling for an investigation into Jonson’s death, Jonson’s mother Salome told the Inquirer on Wednesday no one had contacted them to investigate the case.

Mayor Sara Duterte, through her radio program on Monday, expressed her deepest condolences to the family and said that the family may avail of the funeral expenses from the city.

“The loss of a loved one cannot be replaced. We are with you in your grieving at this time,” said the mayor, adding that the family can also apply for burial assistance, though she did not mention whether the family sought the city’s help.

However, Bree’s mother Salome expressed surprise by the mayor’s statement but said no one had approached her family to offer help.

Jill Villanueva Palarca, Bree’s cousin, posted on social media that she felt insulted by the offer of financial assistance when all the family needed was justice for the death of the 30-year-old artist, whose body was found on Sept. 18 inside the hostel room in the surf town of San Juan, La Union, where she and the 29-year old Ongpin were staying. Ongpin, who tested positive for drugs, was first arrested by the police but was eventually released.

“Yes, sa totoo lang, medyo nainsulto ako dun sa sinabi ni Sara na we can avail of the funeral assistance,” Palarca said. “Uhm, marami na pong pwedeng magbigay niyan sa amin (Many people can already give that to us), Mayor. Ang kailangan namin, powers niyo at hindi baryang pera (What we need is the power that you have to effect justice and not coins).”

“Please lang. Do something. Say something. This was your father’s campaign banner in 2016,” Palarca wrote and added that she wanted her message to reach President Duterte and asked her friends to share it. “Use my caption. Hindi kami takot. (We are not afraid) This is a national issue. Our justice system continues to fail the citizens of this nation. If these leaders cannot serve the interest of the oppressed, then we are all doomed,” Palarca wrote.

Bree’s mother Salome earlier told the Inquirer that Bree’s closeness with one of her old friends she met that night could have caused Ongpin to be jealous, which could have started their argument. She said Bree had asked an artist friend to find an apartment for her because she was staying at the Flotsam and Jetsam hostel for only a night and the apartment where she used to stay had been renovated.  The artist had asked to retire early that night because she was still looking for an expedition with another artist friend at 9 a.m. that day, Sept. 18.

Jonson and Ongpin reportedly arrived at the hostel on Friday, Sept. 17, at 8:30 p.m., where they checked in before friends fetched them at 10 p.m.

At 2:30 a.m. on Saturday, Sept. 18, they came back to the hostel. Hostel staff earlier said they heard a commotion before the couple locked themselves inside their room. Police would later find Jonson unconscious inside the room and arrest Ongpin for the 12.6 grams of cocaine found in his possession.

Later, the La Union provincial prosecutors ordered Ongpin’s release, saying that the circumstances of his arrest did not fall within those which could qualify for a warrantless arrest. Jonson’s lawyers, however, questioned this. The family filed the motion for reconsideration challenging Ongpin’s release but told the media the police had been delaying it.