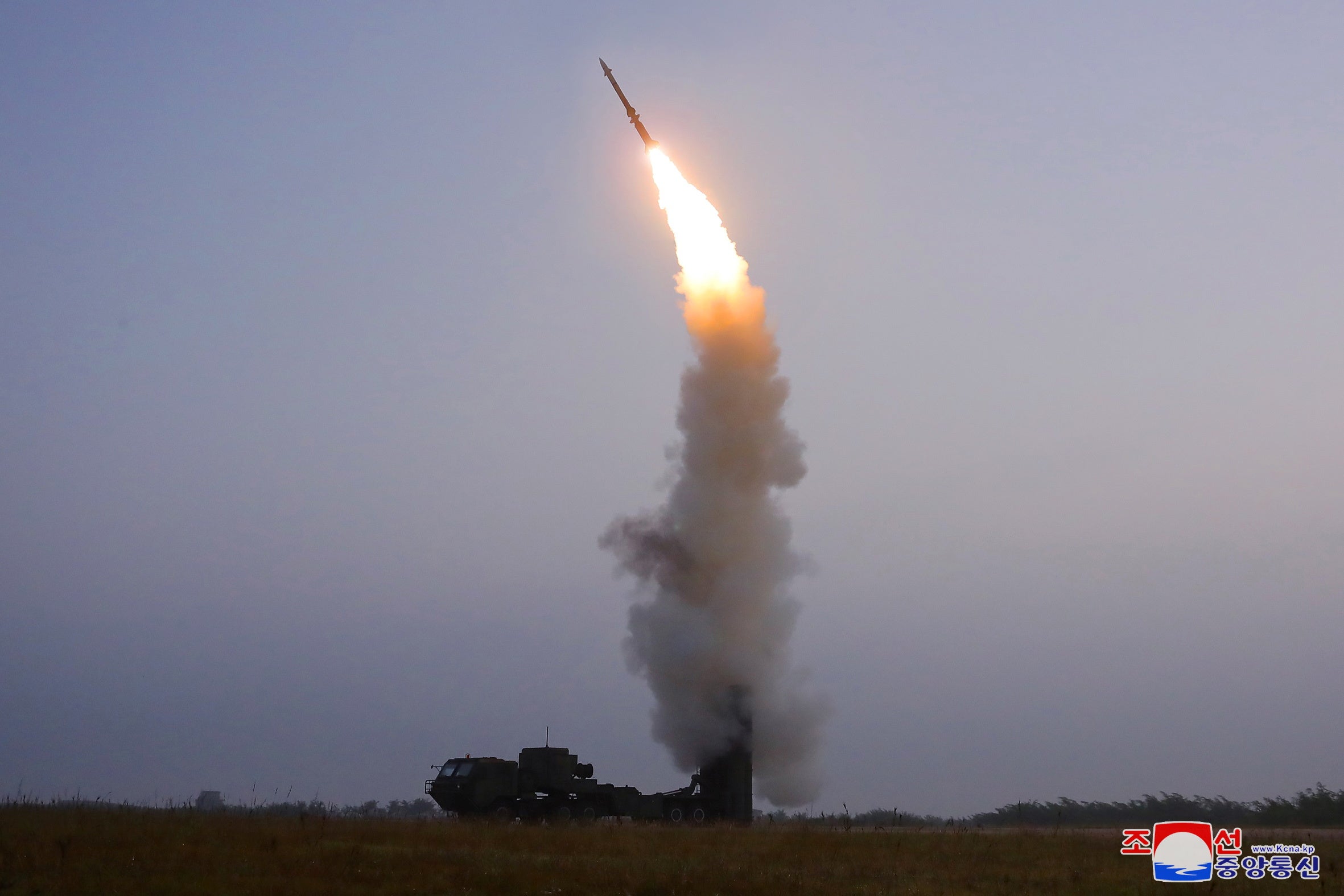 A newly developed anti-aircraft missile is seen during a test conducted by the Academy of Defense Science, in this undated photo released on October 1, 2021, by North Korea’s Korean Central News Agency (KCNA). KCNA via REUTERS

SEOUL — North Korea fired a newly developed anti-aircraft missile on Thursday, state media KCNA reported, the latest in a recent series of weapons tests that have come as denuclearization talks with the United States have been in deadlock.

It was North Korea’s second known weapons test this week after the launch of a previously unseen hypersonic missile. It has also fired ballistic missiles and a cruise missile with potential nuclear capabilities in recent weeks.

The tests highlighted how North Korea has been steadily developing increasingly sophisticated weapons, raising the stakes for efforts to press it to give up its nuclear and missile programs in return for U.S. sanctions relief.

The Academy of Defense Science, a military weapons developer, said the test was aimed at confirming the practical functionality of the missile’s launcher, radar, comprehensive battle command vehicle, and combat performance, the official KCNA news agency reported on Friday.

The missile has new key technologies such as twin rudder control and double impulse flight engine, it said.

North Korean leader Kim Jong Un did not appear to have attended the test, which was instead overseen by Pak Jong Chon, a member of the ruling Workers’ Party’s powerful politburo and Central Committee.

“The remarkable combat performance of the new-type anti-aircraft missile with features of rapid responsiveness and guidance accuracy of a missile control system as well as the substantial increase in the distance of downing air targets has been verified,” KCNA said, citing the academy.

North Korea has said in recent weeks that its weapons tests are aimed at boosting its defense capabilities just as other countries do, accusing the United States and South Korea of “double standards” and “hostile policy” toward it.

On Wednesday, Kim said he has no reasons to attack South Korea and was willing to reopen severed inter-Korean hotlines. But it criticized U.S. President Joe Biden’s administration for using “more cunning ways and methods” in pursuing hostile policy while proposing dialogue.

South Korea’s Unification Ministry, which is in charge of North Korean affairs, said the North did not answer the lines on Friday but it vowed to continue efforts to restore the channels and resume talks.

South Korean President Moon Jae-in, in a speech celebrating the 73rd Armed Forces Day on Friday, did not refer to North Korea but said he was committed to fostering lasting peace while sternly responding to any life-threatening action.

Analysts say the North’s carrot-and-stick approach is aimed at securing international recognition as a nuclear weapons state and driving a wedge between the United States and South Korea, with an eye on Moon’s desire for a diplomatic legacy before his term ends in May.

The Biden administration has said it has no hostile intent toward North Korea and has called on it to accept its offers of talks to break the impasse over denuclearization negotiations.