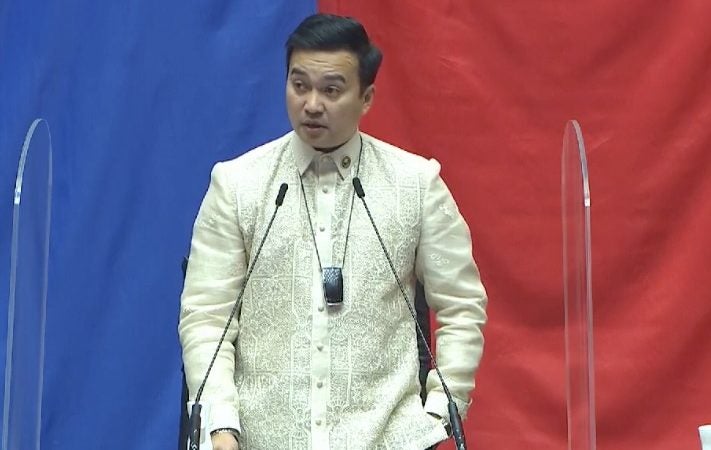 MANILA, Philippines — House Speaker Lord Allan Velasco said the proposed 2022 national budget was pushed “always with respect to the concerns” of the minority bloc, but members of the Makabayan bloc say the national expenditure plan was “railroaded” in the lower chamber.

In his adjournment speech late Thursday night following the passage of the proposed P5.024-trillion national budget for next year, Velasco said members of the House “immersed ourselves in the serious work of reviewing and scrutinizing the budget of all government agencies.”

“We tackled every issue, heard every concern, and clarified every ambiguity. At the end of six weeks, we at the House of Representatives successfully concluded our deliberations,” Velasco said.

“We were true to our commitment to pass, in a timely manner, the General Appropriations Act of 2022, ensuring that appropriate funding will be available at Day One of the coming year and government programs can proceed without delay,” he added.

Velasco likewise said the national budget was passed while having respect to the concerns of the members of the minority bloc.

“When all is said and done, we hope that our people can look back at this period and see that we have done our duties despite the present crisis. We pushed for the budget, but always with respect to the concerns of the minority,” Velasco said.

However, the six members of the House’s Makabayan bloc voted against the proposed 2022 national budget, with some arguing that the passage was “railroaded.”

(We tackled this budget in less than four weeks. The DBCC’s submission of this budget was delayed by a month and yet we railroaded this in Congress.)

Further, Castro pointed out that the proposed 2022 budget does not respond to the needs of the public in the health and education sector. She likewise lamented the budget cuts suffered by several programs under the Department of Education (DepEd).

(The proposed budget to ensure the safe return of our physical learning and ensuring the protection and benefits for teachers and education support personnel is not enough.)

She said the proposed funding for the NTF-ELCAC “could’ve been enough to provide P10,000 cash aid to 3 million  families who have been affected by the pandemic and series of typhoons.”

(This can also fund the paid pandemic leave for thousands of workers or those who are under the no work, no pay set-up.)