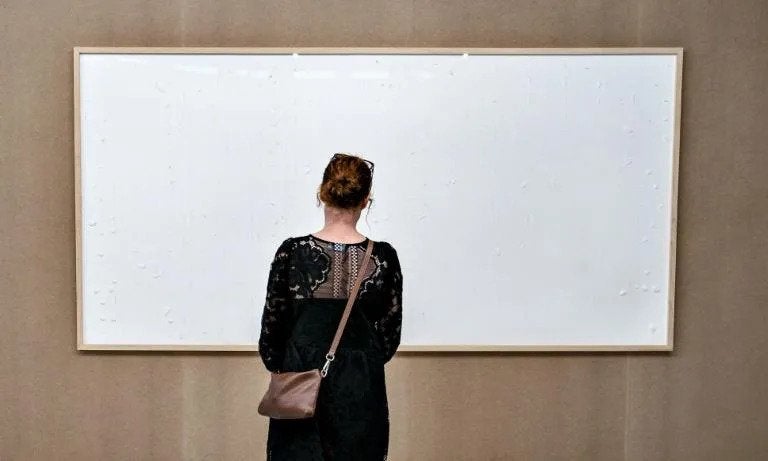 Artist Jens Haaning has defended keeping the money, saying ‘the artwork is essentially about the working conditions of artists (AFP/Henning Bagger)

COPENHAGEN—A Danish museum loaned an artist 534,000 kroner ($84,000) in cash to recreate old artworks of his using the banknotes, but he ended up pocketing the money and sending blank canvasses with a new title: “Take the Money and Run.”

Jens Haaning, a Danish artist, was commissioned by the Kunsten Museum in the western city of Aalborg to reproduce two works using the cash—Danish kroner and euros—to represent the annual salary in Denmark and Austria.

But the museum’s director Lasse Andersson told Agence France-Presse (AFP) that “two days before the opening of the exhibition we got an email from Jens telling us he won’t be showing the works we agreed on.”

The artist was true to his word, sending two blank canvasses.

Andersson said he laughed out loud and decided to show the works anyway in the museum’s modern art exhibition that opened on Sept. 24.

He said they have a “humoristic approach” and were “a reflection on how we value work.”

Haaning, 56, defended keeping the money, saying “the artwork is essentially about the working conditions of artists.”

“It is a statement saying that we also have the responsibility of questioning the structures that we are part of. And if these structures are completely unreasonable, we must break with them,” he said in a press release.

While the museum’s director has seen the funny side so far, he indicated that would only last until the end of the exhibition.

“If the money is not returned on Jan. 16 as agreed, we will take the necessary steps to ensure that Jens Haaning complies with his contract,” Andersson said.