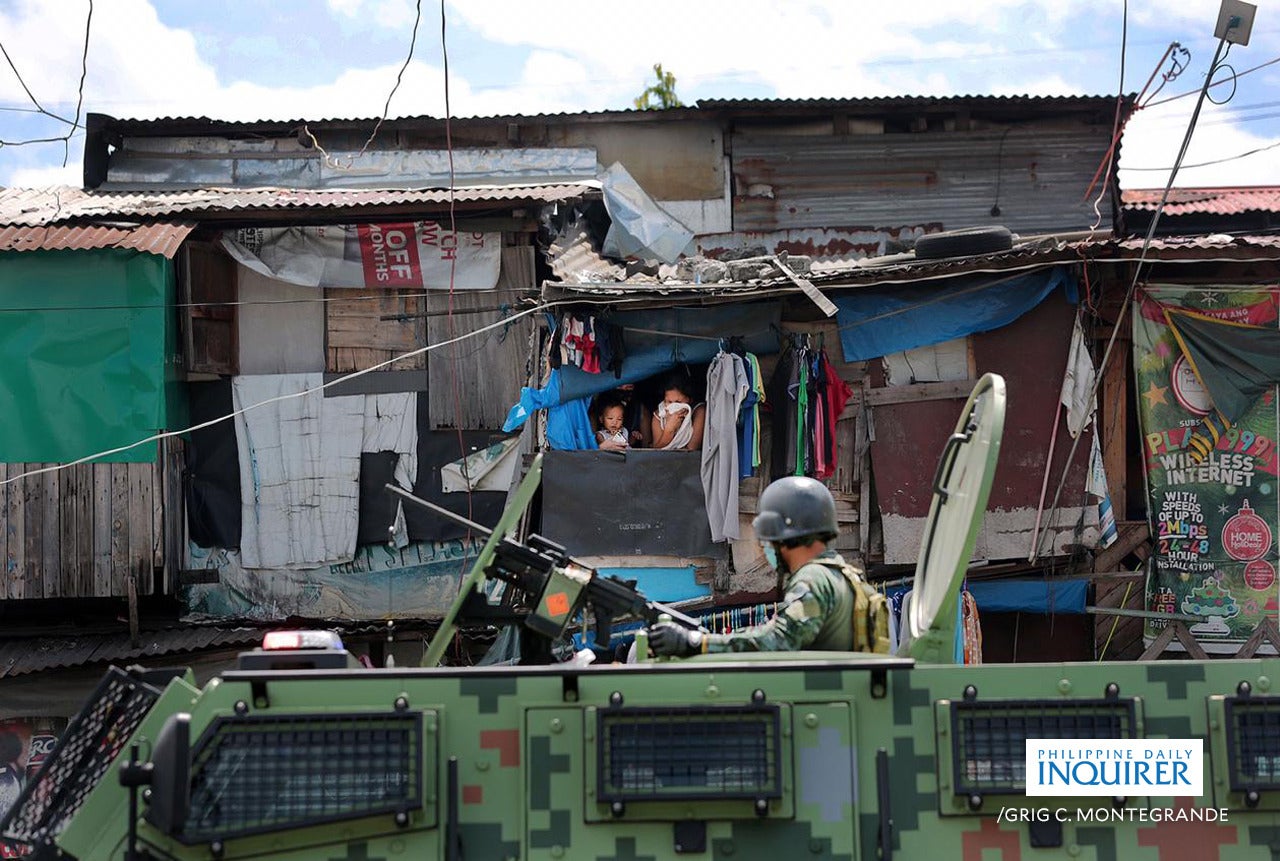 (FILE)  A Philippine National Police Special Action Force (PNP-SAF) trooper sits on top of an armored personnel carrier (APC) which was deployed in Navotas City on Thursday, July 16, to assist in the strict enforcement of a two-week lockdown in order to arrest the growing number of coronavirus cases in the city.-INQUIRER/GRIG C. MONTEGRANDE

MANILA, Philippines — The Philippine National Police (PNP) is mulling to deploy police commandos of the  Special Action Force (SAF) to maintain security and order during the election season.

PNP chief Gen. Guillermo Eleazar on Thursday said he has ordered SAF Director Maj. Gen. Felipe Natividad to prepare the commandos and place them on standby for deployment against election-related violence.

(I have directed all the Regional Directors to do target-hardening measures at security adjustments within their respective area of responsibility, especially as the filing of the certificates of candidacy would start on Friday, which usually sparks an increase in election-related violent incidents.)

(I have also tasked the SAF Director to prepare for a possible immediate deployment to areas we believe may be a huge security concern because of the tight battle between political rivals.)

On Wednesday, it was reported that a grenade was lobbed at the ancestral house of Rodriguez.  According to Eleazar, the grenade was thrown by motorcycle-riding suspects.

No one was harmed as the grenade failed to explode.

A councilor of Liloy town in Zamboanga del Norte was also killed in an ambush, while a vice mayoral bet from Datu Saudi Ampatuan, Maguindanao narrowly escaped a gun attack.

Eleazar said security preparations must be initiated early, especially with the filing of certificates of candidacy starting by Friday, October 1.

(Along with these preparations are the directives issued to all chiefs of police, that they should strictly monitor banks and financial districts because we do not erase the possibility that syndicates and private armed groups have started moving to fund their operations, which may be used for the upcoming elections.)

(For our people, I assure you that the PNP would not allow evil to prevail in the upcoming elections and for syndicates to just disrespect our democracy and electoral process for the interest of the few.)

Despite the recent incidents, Eleazar said the PNP remains committed to ensuring that the sanctity of the electoral process is protected.