Pacquiao to file COC for presidential bid on October 1 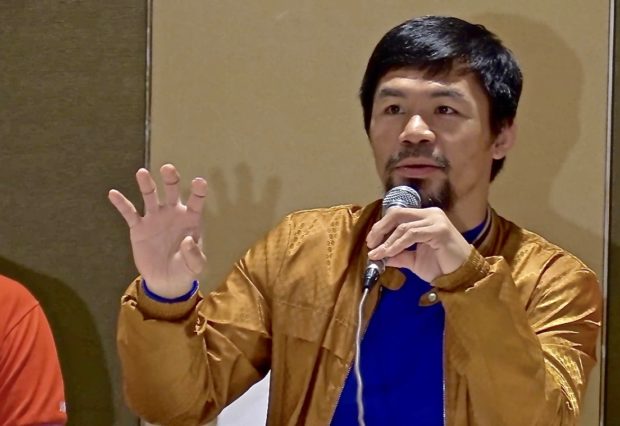 MANILA, Philippine — Presidential aspirant Senator Manny Pacquiao would be filing his certificate of candidacy (COC) on Friday, October 1, according to a PDP-Laban official.

The executive director of Pacquiao’s PDP-Laban wing, Ron Munsayac, confirmed to INQUIRER.net on Thursday that the world boxing superstar-turned-lawmaker will make his 2022 run for president official on the first day of COC filing, which was set from October 1-8.

Pacquiao, who recently announced his retirement from boxing, was declared the standard-bearer of the PDP-Laban faction that he was leading with Senator Aquilino “Koko” Pimentel III during a national assembly last September 19.

In accepting his nomination, Pacquiao said people are already tired of unfulfilled promises so he is “rising up to the challenge of leadership” so that he can bring real reforms that would uplift the lives of Filipinos, especially the poor.

Senator Risa Hontiveros will also file her candidacy for reelection on October 1, according to her office.

Before heading to the Sofitel tent in Pasay City, where the COC filing will be held, Hontiveros will attend a Mass at the Malate Catholic Church with her party, Akbayan, as well as her supporters and allies.

“The Mass is a gathering in prayer in hope to achieve an honest, fair, and peaceful 2022 elections,” her advisory says.