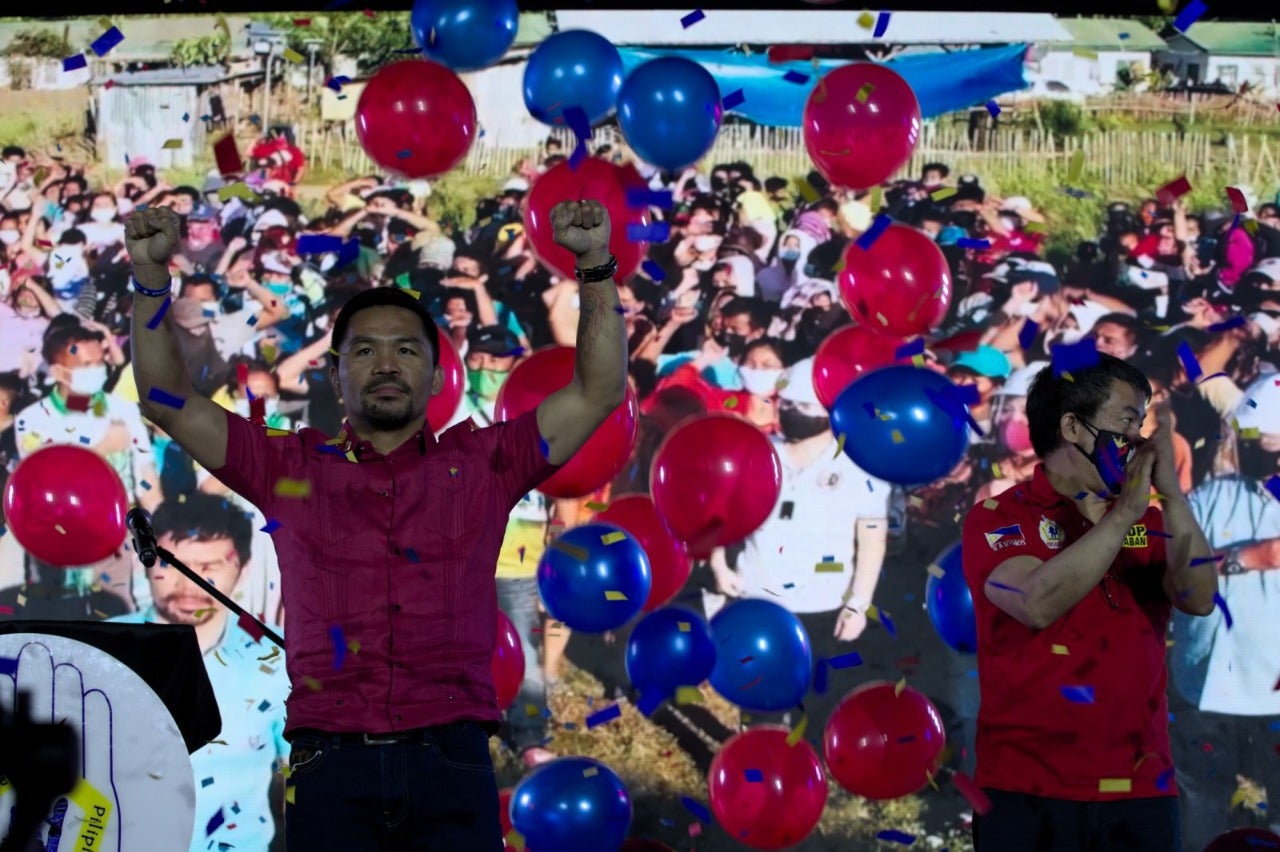 Photo from the Office of Senator Pacquiao

MANILA, Philippines — Senator Manny Pacquiao is the presidential candidate for the 2022 national elections of the PDP-Laban wing which is led by him and Senator Koko Pimentel.

Pacquiao was declared as the presidential candidate of PDP-Laban during the national assembly of his wing on Sunday held in Libis, Quezon City.

In accepting his nomination, Pacquiao said the people are already tired of unfulfilled promises so he is “rising up to the challenge of leadership” so that he can bring real reforms that would uplift the lives of Filipinos, especially the poor.

Speaking before thousands of card-bearing and long-time members and officials of the PDP-Laban, Pacquiao said that he decided to accept the PDP-Laban’s nomination to fulfill the people’s aspiration for true government reforms, honest and transparent governance, and genuine public service.

Pacquiao also lashed out on what he describes as attempts to destroy the PDP-Laban by some people with selfish interests and promised that he will not back down to fight all attempts to bring him down.

“ I am a fighter and I will always be a fighter inside and outside the ring. Sa buong buhay ko wala akong laban na inatrasan. Dahil sa ngalan ng prinsipyo, karangalan ng bayan ay tumatayo ako, naninindigan at nakikipaglaban,” Pacquiao said in accepting his nomination.

The “hybrid” assembly was attended physically by select key officials and through zoom in hundreds of chapter locations nationwide. 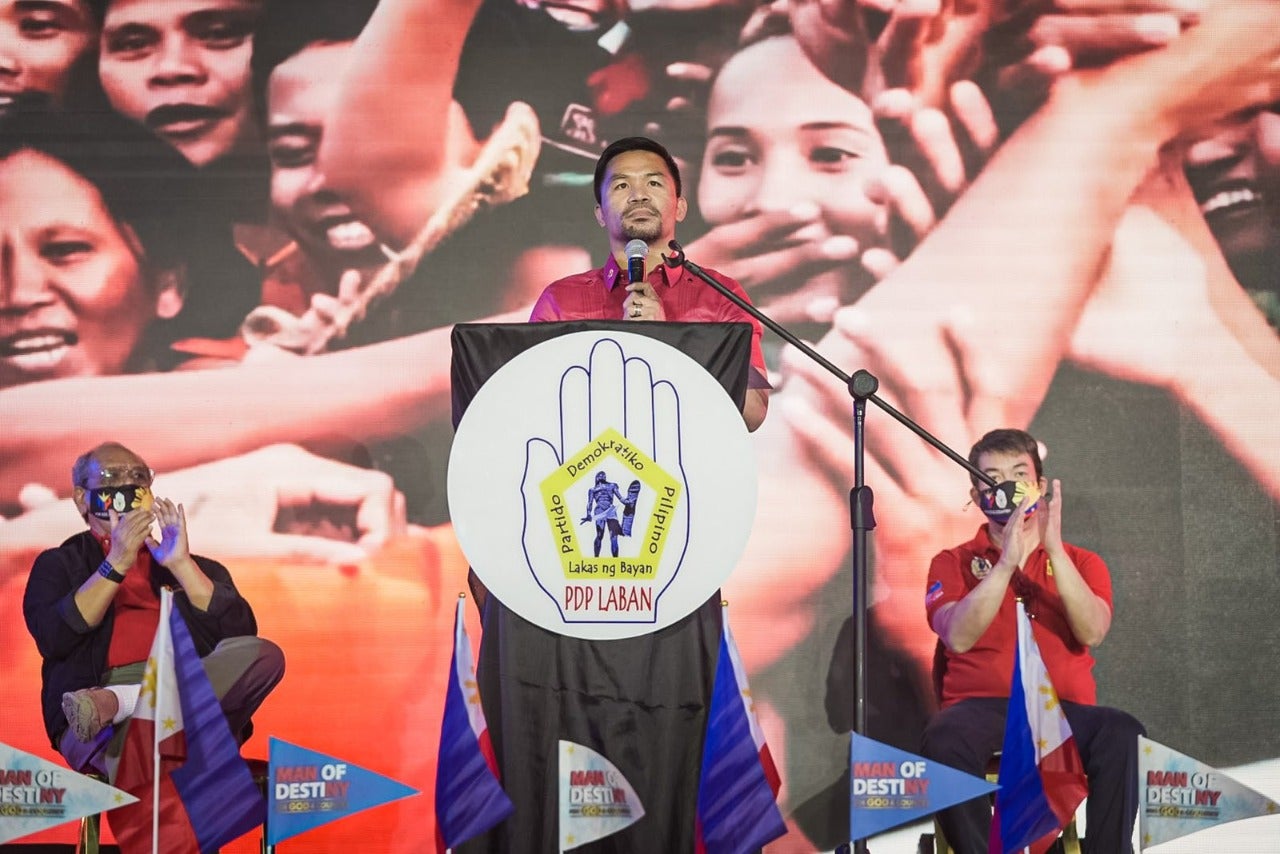 Photo from the Office of Senator Pacquiao

In the same assembly, the party also issued a resolution “to ignore and disregard and all resolutions and actions” of the group of Energy Secretary Alfonso Cusi and National Transmission Corporation President Melvin Matibag.

The party members also elected their new set of officers for the national council.

In his speech, Pacquiao vowed to fight corruption and he would send every single corrupt government official in jail.

Apart from taking a hardline campaign against corruption, Pacquiao also vowed to “serve our people with integrity, compassion, and transparency.”

The national assembly of Pacquiao’s camp was held amid the infighting within the PDP-Laban—one group led by the senator and another led by Cusi. Both camps are insisting that the other group—and the events being conducted by the other wing—are illegitimate.

Amid the infighting, however, one question remains: Which is the “legitimate” PDP-Laban.

This shall be resolved by the Commission on Elections (Comelec). To recall, Cusi’s camp earlier asked the Comelec to declare as illegitimate the Pacquiao-Pimentel wing of the party.

In response to the petition filed by Cusi’s camp, the Pacquiao wing insisted that its group is recognized by the grassroots members and senior leaders of the party.