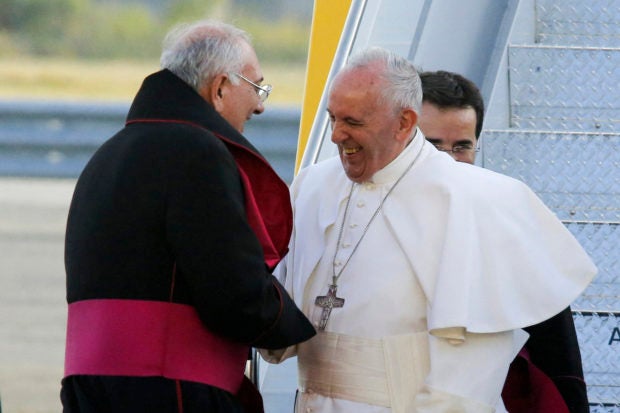 NEW YORK — The Vatican on Wednesday announced a new bishop for the Diocese of Brooklyn, after the retirement of long-serving Bishop Nicholas DiMarzio, who was cleared in a sex abuse investigation.

The 77-year-old DiMarzio had been the subject of a high-profile Vatican probe after two men accused him of abusing them fifty years ago when he was a priest in New Jersey.

Earlier this month, the Vatican cleared DiMarzio in the investigation, saying the accusations against him do not “have the semblance of truth.”

The lawyer for the two men dismissed the Vatican probe as biased and said they will pursue civil lawsuits against the priest.

DiMarzio, whose resignation was earlier accepted by Pope Francis, will be succeeded by Bishop Robert Brennan, 59, a native of New York City, who has served as the Bishop of Columbus, Ohio since 2019, according to US media reports.

“Today I welcome Bishop Robert Brennan appointed as the eighth Bishop of Brooklyn,” DiMarzio said on Twitter. “I have known Bishop Brennan for years and have great confidence in his ability to lead the diocese.”

Several states in northeastern United States have been rocked by sexual abuse scandals in recent years. The drama is illustrated by the 2015 Oscar-winning film “Spotlight,” which documents how journalists with the Boston Globe newspaper uncovered sexual abuse committed by dozens of Boston priests.

According to BishopAccountability.org, an advocacy organization, between 1950 and 2016, the Catholic Church in the US received complaints from more than 18,500 alleged victims claiming abuse by more than 6,700 clergy members.