Havana reopens its beaches – but masks are required 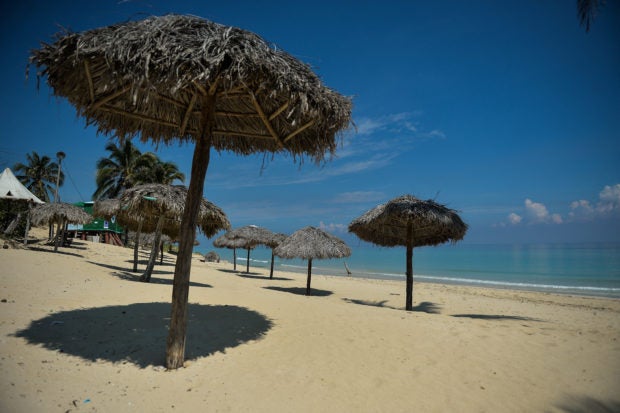 View of the empty beach due to the COVID-19 pandemic in Havana, on August 26, 2020. – Authorities in Havana, a city of 2.2 million, have suspended public transport and ordered a total closure of beaches; closure of bars and swimming pools. (Photo by YAMIL LAGE / AFP)

Havana, Cuba — Beaches and pools in the Cuban capital Havana, as well as the famed Malecon seafront promenade, were reopened on Wednesday, officials announced, after being shut for nine months due to the coronavirus pandemic.

A formal notice in state media, citing Havana governor Reynaldo Garcia Zapata, said beaches and pools would be open at half-capacity for now, and that all virus prevention measures needed to be respected.

“In pools and in beach areas, wearing a mask is mandatory, except when swimming,” the announcement said. Exercise in public places is also once again allowed.

The Malecon is a popular meeting spot for capital residents, who go there to jog, fish or just sit and chat with friends — all banned since January due to the pandemic.

Last week, restaurants, bars, and other public places reopened in eight of Cuba’s 15 provinces with limited capacity — a relief for Cubans after nine months of closures.

Officials said Cuba’s borders will be reopened to international tourists from November 15, and schools will gradually open their doors in October and November. 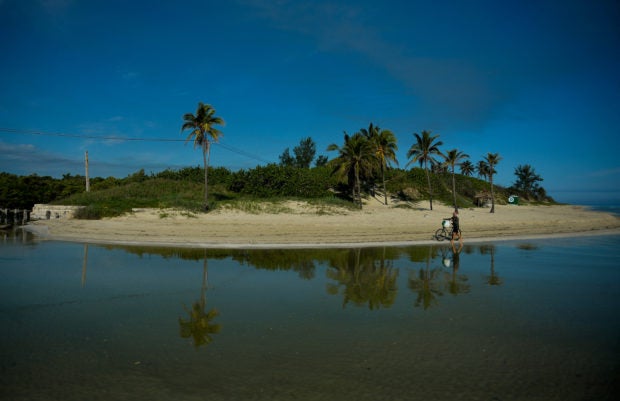 A man walks with his bike along an empty beach due to the COVID-19 pandemic in Havana, on August 26, 2020. – Authorities in Havana, a city of 2.2 million, have suspended public transport and ordered a total closure of beaches; closure of bars and swimming pools. (Photo by YAMIL LAGE / AFP)

According to state media, the reopening was made possible “given the sustained decrease in the number of confirmed cases over the last eight months and the progress in the vaccination campaign.”

That is especially true in Havana, where more than 70 percent of the population is now vaccinated, according to official data.

Cuba has so far tallied more than 870,000 cases of Covid-19 and nearly 7,400 deaths. The daily case total has steadily decreased.

By using three locally-developed vaccines, none of which are approved by the World Health Organization, the Caribbean island country now has inoculated more than 45 percent of its population of 11.2 million.

The nation hopes to pass the 90 percent threshold by November.