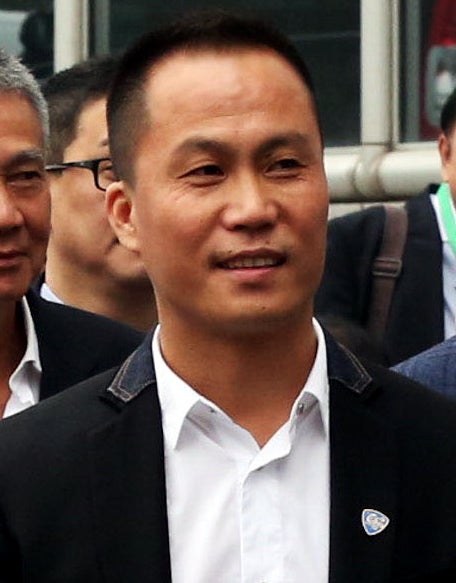 MANILA, Philippines — Senator Richard Gordon said there are enough grounds to deport former presidential economic adviser Michael Yang amid the Senate’s investigation into Pharmally Pharmaceutical Corp., including his links with the firm.

But Gordon said Yang “should be prosecuted before the Philippine courts” if any wrongdoing is proven on his part.

(Him lying to the blue ribbon committee. At the very least his evasiveness…and then he benefited from the pandemic contracts worth billions. On these grounds, it’s enough to have him deported I think.)

“I’m just reminding him, what has been given to him is all temporary and he can be removed from the Philippines,” he added.

Senators are looking into the government’s transactions with Pharmally, which was awarded over P8.6 billion worth of supply contracts for medical supplies in 2020 despite being only several months old and having just P625,000 in paid-up capital.

When Yang first appeared before the Senate blue ribbon committee, chaired by Gordon, he denied having ties with Pharmally.

But it was disclosed that Yang had lent money to the firm to help them in fulfilling some of the government’s medical supply orders last year.

Yang has maintained he did not finance the firm, insisting that his role was limited to introducing Pharmally director Linconn Ong to his friends among suppliers in China who could provide financial assistance.

Gordon is not yet keen on personally filing a complaint to have Yang deported but said that any private citizen can do so.

“I just don’t like some punk being smug and thumbing his nose at the Filipino people,” the senator said.

“Have we not been kind to him? He has his own interpreter [during the hearings],” he added.

He was subpoenaed twice and was ordered arrested before he first showed up in a hearing last Sept. 10.

“Michael Yang did not want to go to the Senate. Ayaw niya, dalawang beses binibigay sa kanya yung summons sa Senado [He did not want to, we have given him at least two summons],” Gordon went on.

In total, Yang has so far made two appearances before the Senate committee.

Gordon’s committee is scheduled to resume its investigation on Sept. 30.

Pharmally chairman and president Huang Tzu Yen has since denied that they were favored in any way in the government’s procurement of medical supplies in 2020, saying the small company has been “unfairly prejudged.”