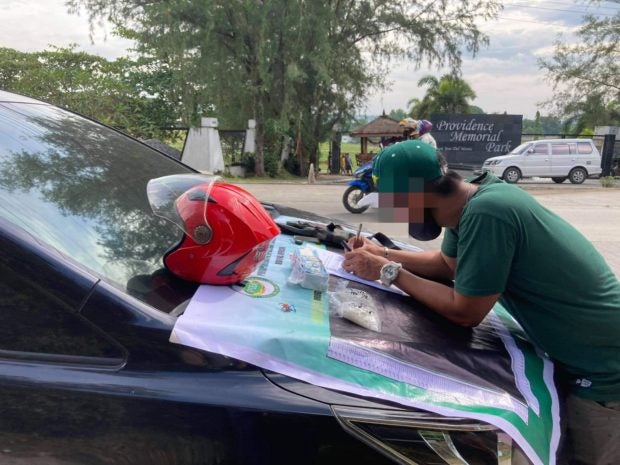 Bryan Babang, director of PDEA Central Luzon, said the 300 grams of shabu were recovered from Ton Ton Kudarat, 31, and Zanaira Inra, 26, who were arrested in front of the Providence Memorial Park in Barangay Gaya-gaya at 2 p.m.

Babang said the suspects did not resist arrest when collared by the PDEA agents.

He said the contraband was placed in two plastic ice bags.

The suspects will be charged with violation of the Comprehensive Dangerous Drugs Act of 2002. INQ