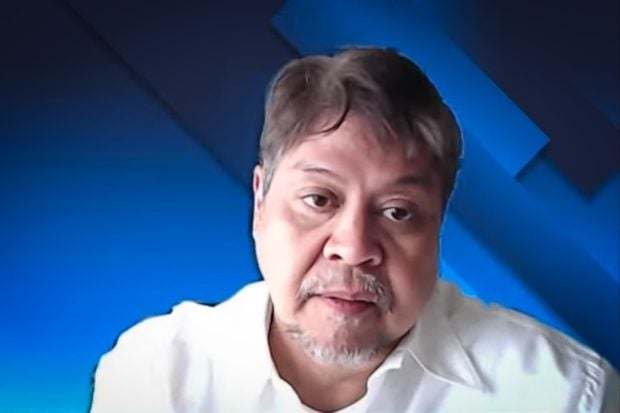 MANILA, Philippines — Someone from the Procurement Service of the Department of Budget and Management (PS-DBM) suddenly took down files related to the purchases from Pharmally Pharmaceutical Corp. after they were already uploaded to cloud storage given to the Senate.

During the Senate blue ribbon committee hearing on Friday, Senator Francis Pangilinan accused PS-DBM of removing the files by the afternoon of September 10, including some of which they could download in the morning of the same day.

Pangilinan said this includes 19 missing inspection reports for P4.4 billion worth of contracts given to Pharmally by PS-DBM.

“In the morning there were 19 documents that were uploaded, and my staff went through it, and then when we had our hearing in the afternoon, in the session, when we went back in the afternoon of September 10, the documents were no longer uploaded, they were missing,” Pangilinan said.

“September 10, it was submitted at 7:43 a.m., the cover letter was signed by Atty. Uayan, OIC, and the cover letter was dated September 9.  So the e-mail contained the link to the Google Drive which your office administers, and each folder is named after the PO, purchase order number of the contract purchase,” he added.

Pangilinan said that they used the pulled-out documents to back their claims — that P550 million worth of COVID-19 tests from Pharmally expired without being used.

In response, PS-DBM Director IV Jolas Brutas who was present at the Senate hearing said that a complete set has been already submitted to the committee.  However, Pangilinan belied this claim, saying that the Senate committee staffers say that PS-DBM has not yet submitted the documents.

“Maybe you’re unaware that somebody in your staff is doing something behind your back, hindi ko alam ha,” Pangilinan warned Brutas.

“We will have it checked, Mr. Chairman,” Brutas responded.

After Pangilinan, committee chair Senator Richard Gordon said that his staffers also got a document that suddenly disappeared, which he pointed to the office of PS-DBM acting executive director Atty. Jasonmer Uayan, who did not attend the hearing.

“My staff picked up a document that suddenly disappeared in the PS-DBM and I will cite it to you and I will show it to you, on the matter of the last transaction of Mr. Lao if I’m not mistaken.  It’s a good thing that (a staffer) of the blue ribbon committee was able to take down notes, but when he took a look at it later on, it was all removed by the PS-DBM,” Gordon said.

Pharmally is at the center of the Senate’s investigation on the Commission on Audit (COA) report that showed deficiencies in the Department of Health (DOH) COVID-19 funds amounting to P67.32 billion.

Part of that P67.32 billion is the P42 billion funds transferred by DOH to PS-DBM.  The procuring agency then gave P8.7 billion worth of contracts to Pharmally, despite having a small capital of P625,000.