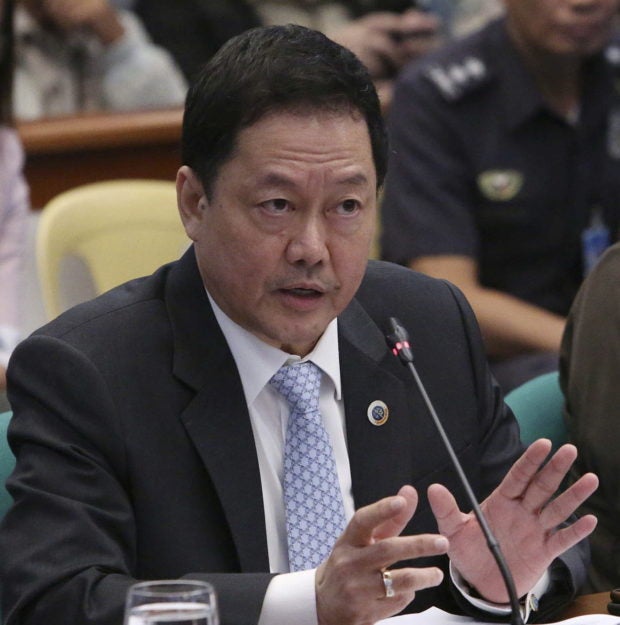 MANILA, Philippines — The Department of Justice (DOJ) would sit down with the Philippine National Police (PNP) and its chief Gen. Guillermo Eleazar to discuss their drug war probe’s findings, Secretary Menardo Guevarra said on Wednesday.

Guevarra said in a message to reporters that President Rodrigo Duterte’s speech before the United Nations’ (UN) 76th General Assembly was a clear directive to delve deeper into the police’s conduct of the war against illegal drugs, which has drawn widespread condemnation from local and international critics.

Duterte mentioned the DOJ’s investigation into the drug war deaths in his early Wednesday morning (Manila time) speech, assuring the body that the Philippine government is looking into the issue, which includes alleged human-rights abuses.

“His instruction to the DOJ and the PNP to review the conduct of the campaign against illegal drugs, together with the succeeding statement that those found to have acted beyond bounds during operations shall be made accountable before our laws, is a clear directive to pursue with greater vigor the ongoing review of drug death  cases and to commence legal actions if found warranted,” Guevarra said.

“We’ll sit down with the PNP chief in the next few days to discuss our report as well as the President’s directive given at the UN general assembly.  Then we’ll inform all of you.  We just want to do things the proper way,” he added.

READ: Duterte orders review of conduct of war on drugs

When asked if Duterte’s statements are a mere rehash of his previous remarks about DOJ’s investigation into the drug war, Guevarra said that it may mean a different thing, which is to determine criminal liability.

“Based on what he said, the president wants the DOJ to take further action, in collaboration with the PNP […] it could mean ‘determine criminal liability,” he noted.

Last June 2020, Guevarra told the United Nations Human Rights Council (UNHRC) that it will do a probe on over 5,000 drug war-related deaths, or drug suspects who died during legitimate police operations.

The DOJ Secretary made the assurance while the country was being scrutinized for its bloody and violent drug war, and while the UNHRC was urged to do a full-blown probe of the human rights situation in the Philippines.

Eventually, the UNHRC relented on a probe, passing a resolution which vows to extend support and cooperation for the Philippines, through technical assistance and capacity building, in terms of the government’s human rights efforts.

Just recently, the International Criminal Court (ICC) Pre-Trial Chamber granted the request of former prosecutor Fatou Bensouda for judicial authority, to proceed with a probe on the crimes against humanity complaints filed versus President Duterte.

Bensouda sought judicial authority last June 14 — days before stepping down from her post — explaining that based on information gathered by her office, there is reason to believe that state actors have killed thousands of civilians under the war against illegal drugs.

She also noted that the information suggests that vigilante-style killings were perpetrated by police officers themselves or other private individuals hired by authorities, leading to a death toll of between 12,000 to 30,000 civilians.

Official numbers from the Philippine Drug Enforcement Agency (PDEA) last July showed that under Duterte’s drug war, 6,165 drug suspects have been killed in legitimate anti-drug operations, while 298,348 have been arrested.